Skip to content
Go Home «» News «» World News «» After his ID was taken and tickets to a phony boat party were sold, an Adelaide real estate agent was labeled a scammer 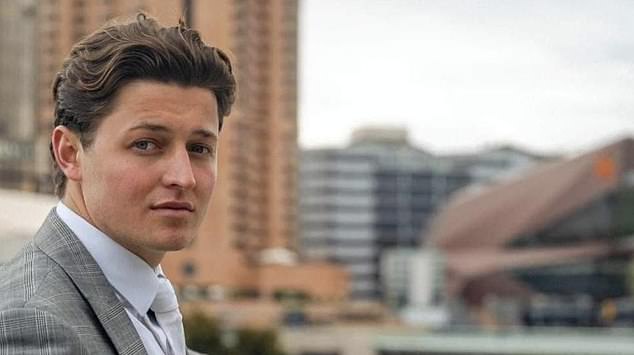 A young man concerns for his image as a real estate agent after his name was stolen and used in a boat party on New Year’s Eve that never occurred.

On the first day of 2023, Callum Kennedy, age 23, awoke bewildered after receiving a flood of texts labeling him Australia’s biggest con artist.

Unbeknownst to the Adelaide guy, those who paid $130 for the phony event organized with his ID were duped.

On New Year’s Day, I awoke to a message from a girl stating that she was pregnant “You spoiled my New Year’s celebration, but I hope you had a good one. I want my money returned “Mr. Kennedy explained to The Advertiser.

I was confused and ended up having a video conversation with the girl, during which I discovered that my identity had been stolen to pull off this stunt.

There were perhaps 150 individuals waiting on the wharf for the yacht, which never arrived. Mr. Chappell assessed that the fraudster or fraudsters had stolen approximately $20,000

The elaborate fake even used a business name that Mr. Kennedy had previously registered for a boat rental company, but the app never materialized.

Mr. Kennedy, who has filed a police report, stated, “I never got around to doing it, but this individual has definitely located the registered title and utilized it as a front.”

He hopes that everyone will be able to get their money back, but he also has a lot at stake given his work.

As a real estate agent with a high public presence, it can be detrimental to my reputation if the truth is withheld.

An estimated 150 people were conned out of their money after purchasing tickets to a bogus boat party. Upon arriving at the dock, the partygoers discovered the event was a hoax.

The yacht was due to pick up guests in the seaside district of Glenelg in Adelaide, South Australia, hours before the New Year’s Eve fireworks display.

Guests were able to purchase tickets for the bogus party on the respected event website Eventbrite for $130, with the event scheduled to begin at 8.30pm, 3.5 hours before the fireworks were scheduled to begin.

When the yacht never arrived, however, TikTok users Jayden Clark and Cameron Chappell, along with other ticket holders, quickly realized they had been duped.

TikTok user Jayden Clark (pictured) claimed the party was organized using the event website Eventbrite and included free beverages, free food, a return bus trip, and a DJ on board.

The pair said that the boat party included complimentary beverages, food, and a DJ for dancing.

After the event, a free bus ride back to Adelaide was provided.

Mr. Clark, who had purchased tickets with a group of 10 friends, stated, “It was supposed to be all-inclusive beverages, limitless food, and a DJ. It would be wonderful, and we would be on the water to watch the fireworks.”

In Glenelg, South Australia, revelers who paid $130 for tickets to a phony New Year’s Eve boat party have been defrauded.

The event was hosted by Eventbrite, which is a supposedly respected event planning business and service, and it has been cancelled.

The yacht party’s Facebook page was also deleted before the boat was set to arrive.

Mr. Chappell stated in his video, ‘We scheduled a New Year’s Eve boat party, but when we arrived, there was no boat.’

He estimated that there were approximately 150 people waiting at the wharf for the boat, and that whoever or whomever organized the event made off with approximately $20,000 in cash.

‘It’s such a s**t thing to do,’ he continued, considering that others had traveled interstate to celebrate New Year’s Eve with us on this boat cruise.

Cameron Chappell (pictured), a TikTok user, also purchased a ticket and reported that people had traveled interstate to attend the fake yacht party.

The TikTok user asserted that the party invitation and event ticket appeared “legitimate.”

The South Australia Police have received complaints on the occurrence.

»After his ID was taken and tickets to a phony boat party were sold, an Adelaide real estate agent was labeled a scammer«