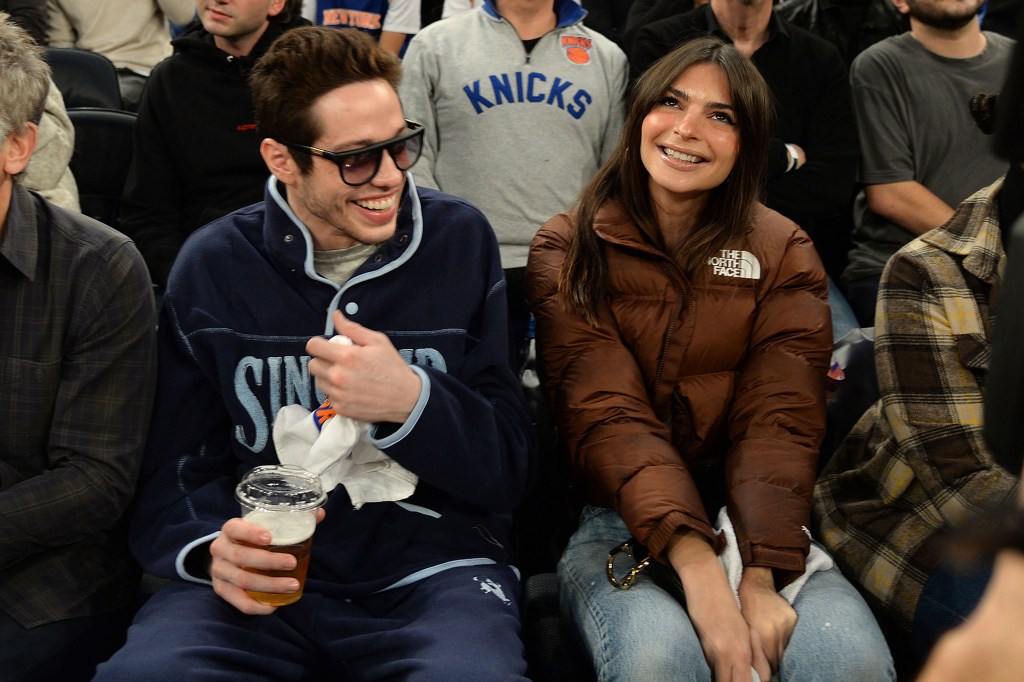 Emily Ratajkowski is speaking publicly about dating after divorce, and it’s hardly a fairy tale.

“I feel like I attract the worst men,” the model, who famously rebounded with comedian Pete Davidson, admitted on her podcast, High Low with EmRatt, without mentioning any specific individuals.

“Sometimes I’m like, ‘f–k.’ Because I desire a self-assured man. I don’t want a man with an inflated sense of self-worth who is trying to prove himself via me. “I do not want it,” she assured her audience.

After her marriage to actor/producer Sebastian Bear-McClard (“Uncut Gems,” “Bodies Bodies Bodies”) ended in November, the Californian woman was linked to Davidson, 29.

While not specifically discussing her relationship with Davidson, Ratajkowski talked about guys who cannot handle strong women on her show.

Ratajkowski and the Staten Island native announced their separation in December, according to Page Six. Now, the “Blurred Lines” actress is speaking publicly about re-entering the dating scene after a divorce.

“That’s what I dislike most about dating, especially males,” EmRata confessed. “They respond, ‘Okay, you are unique. You’ve done it.’ And they adore it more and more until they become emasculated and unable to cope with their sensations, at which point they detest you. They begin to undermine you, bringing you back to square one.

“And that’s so messed up and unjust, because I feel like a lot of men who genuinely desire a strong woman don’t know how to manage it and… what it means for their own identity,” she said.

Davidson enjoyed a high-profile relationship with Kim Kardashian earlier in 2022.

After ending her relationship with Bear-McClard, with whom she shares a kid, Sylvester, born in 2021, Ratajkowski was briefly linked to Brad Pitt before she began dating Davidson.

Since then, she has been seen with the artist Jack Greer. The couple enjoyed a peaceful Christmas week date at the West Village’s Commerce Inn.