Skip to content
Go Home «» News «» Breaking News «» After catching a SA20 with one hand, a Kingsmead fan attempts to win R1 million 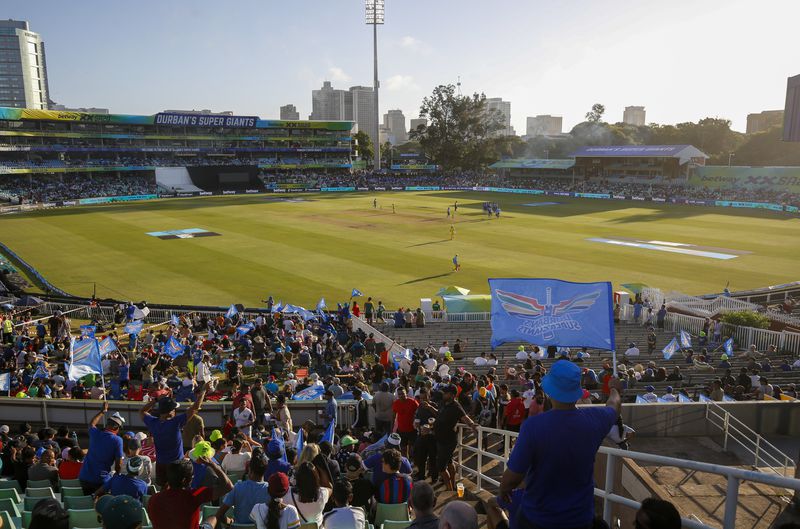 During the ongoing SA20, spectators have the opportunity to win a million dollars in the ‘Catch a Million’ competition at all 33 matches around the country.

Fans older than 18 who take a clean one-handed catch off a six and walk away with a portion of the money will be found in the stands.

The prize will be divided equally among those fans who accomplish the task over the duration of the tournament.

On Tuesday, no one was able to do so at a sold-out Newlands for the opening match between MI Cape Town and Paarl Royals, but a Kingsmead supporter did it in Wednesday’s encounter between Durban Super Giants and Joburg Super Kings.

WATCH Watch as the first fan with a shot at the R1 million reward makes a left-handed catch in the stands that seems effortless.

Only boss moves are allowed.

We have our first participant in the #Betway Catch a Million contest, and what a catch it was! #DSGvJSK #Betway #SA20 | @Betway India pic.twitter.com/HEyrMyOtLA

Meet the man who made THAT EPIC catch in the stands.

Here he is in the commentary studio with Shaun Pollock discussing the catch #Betway #SA20 pic.twitter.com/awVko8ckiE

»After catching a SA20 with one hand, a Kingsmead fan attempts to win R1 million«