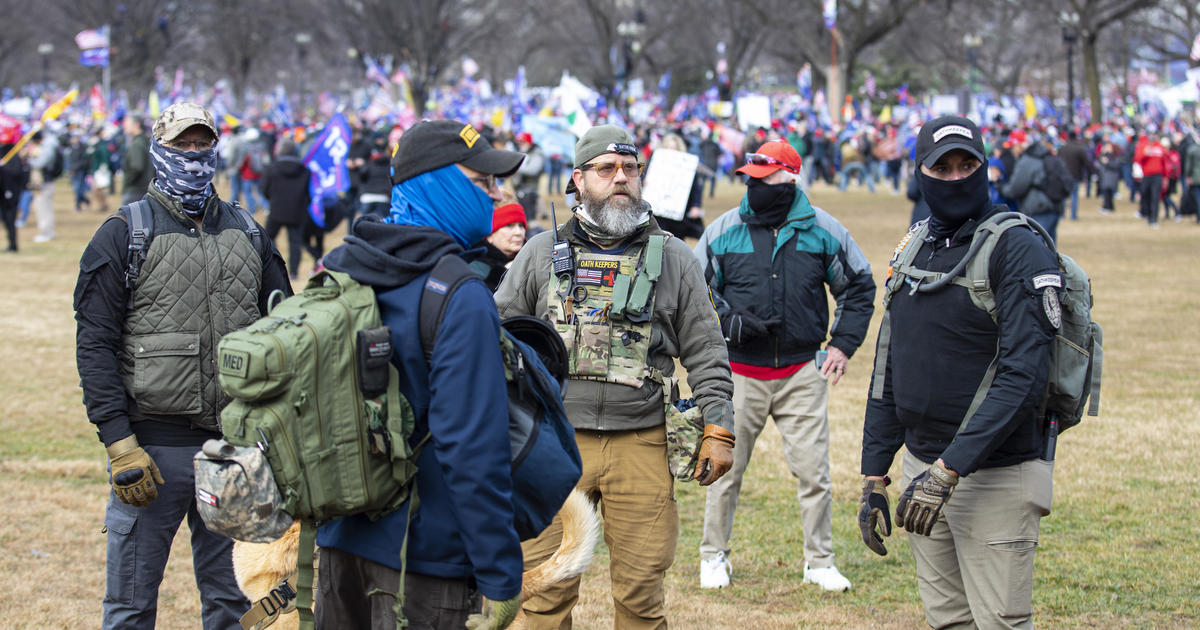 Prosecutors allege that in the days following media projections that Joe Biden had won the 2020 presidential election, members of the far-right Oath Keepers organization, including its founder Stewart Rhodes, were making their own calculations about how best to challenge Joe Biden’s presidency and thwart the peaceful transfer of power.

On Tuesday, a Washington, D.C., jury heard testimony from FBI Special Agent Michael Palian, who is tasked with looking into the group’s involvement in the Jan. 6, 2021, Capitol attack. Palian claimed that records and text messages from Nov. 9, 2020, show that Rhodes and other Oath Keepers called to discuss the course of their conflict.

Rhodes reportedly said that the false allegations of voting fraud were a “insurrection that needed to be quashed,” attributing Biden’s win to them.

Seditious conspiracy, the most severe accusation thus far brought in the Justice Department’s Jan. 6 investigation, is one of several criminal charges against Rhodes and co-defendants Jessica Watkins, Kenneth Harrelson, Thomas Caldwell, and Kelly Meggs that are the subject of their trial. All have asserted their innocence.

In a recording of the November 9, 2020 conversation, which was shown in court on Tuesday, Rhodes is said to have said: “You must be prepared to go to Washington, D.C., and engage in street combat with Antifa.

Let a battle break out if one arises.” The FBI agent said that they intended to attend a Donald Trump event in Washington, D.C. on November 14.

“I’m prepared to give my life to achieve it.

Start the conflict there, “During the recording, Rhodes stated. President Trump would get what he needs if that happened.

The Insurrection Act, a centuries-old law that encourages individuals to rise up as members of an armed militia and battle, is allegedly what the Oath Keepers wanted the former president to enact. On the phone, Rhodes argued that if there had been street violence, Trump would have had that chance.

Although defense lawyers acknowledge that the Oath Keepers had that as their goal, they insist that since Trump never referred to the law, nothing wrong was done by the group’s members.

Days after the 2020 election, Rhodes is allegedly accused of stating, “The last defense is us and our rifles” in a text message sent to purported Oath Keepers leaders, implying that if Trump did nothing, the Oath Keepers would take action.

The text messages, which were taken from the defendants’ phones by detectives in the months after the assault on January 6, were shown to the jury on Tuesday.

Meggs is accused of texting in additional texts to an uncharged person that they might gather supplies and weapons in adjacent Virginia, where gun regulations are less restrictive, and react to Washington, D.C., if Trump were to call upon them—and “not a minute sooner.”

The text message Meggs revealed on Tuesday said, “If it becomes nasty, a QRF for us with guns to us.” It allegedly makes reference to the so-called “Quick Reaction Forces” that the Oath Keepers intended to send to the D.C. region before and during January 6.

Defense lawyers assert that the Oath Keepers’ awareness of local gun regulations and reliance on the Insurrection Act show that they meant to comply by the law.

On the other hand, in their opening statements to the jury on Monday, the prosecution alleged that Meggs, Rhodes, and their co-defendants organized and briefly carried out a coup against their government with the aim of preventing the orderly transition of power from then-President Donald Trump to President-elect Joe Biden.

The five defendants are among nine suspected Oath Keepers who are charged with conspiring to sabotage the legitimate operations of government.