Skip to content
Go Home «» News «» World News «» After being tossed into a river in Brazil, a newborn baby girl is recovered by fisherman 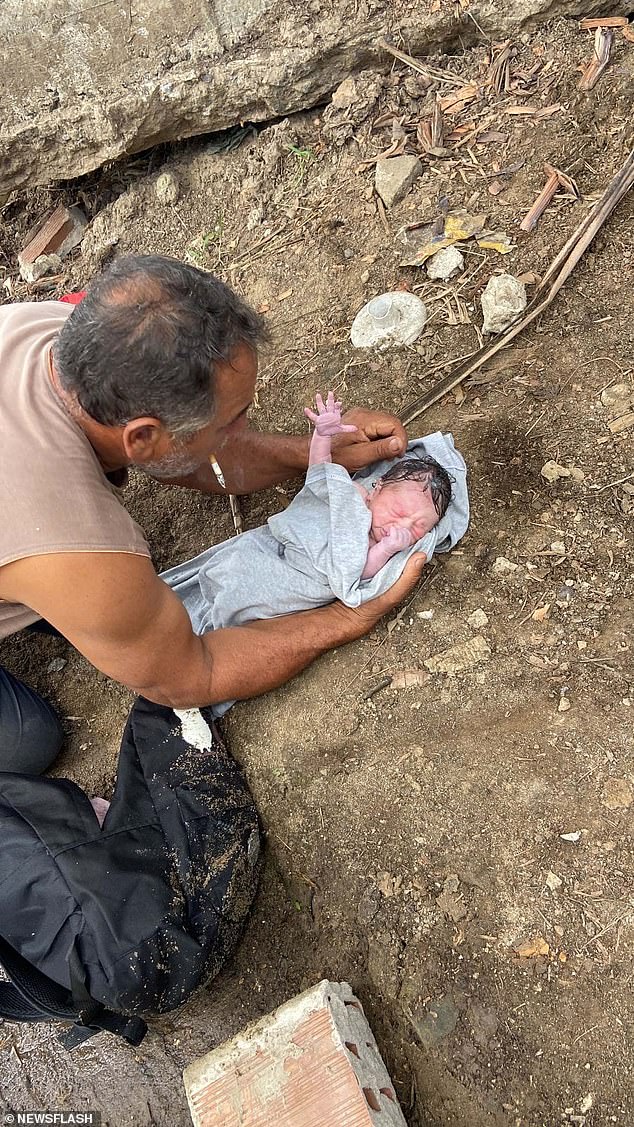 A newborn infant miraculously survived after being thrown in a backpack from a bridge into a river.

Witnesses reported Military Police that on the morning of November 17 in Sao Lourenco da Mata, Brazil, a man threw a backpack into the Capibaribe River.

After watching the bag fall into the river and hearing the baby’s screams, two fisherman under the bridge rescued the child.

Pedro, one of the fisherman, stated that his partner “grabbed the rod, grabbed the bag, and delivered it to me.”

“When I opened it, a youngster was inside.

A father hugs a newborn baby girl discovered inside a bag on November 17th.

After hearing sounds coming from a backpack, fishermen Pedro and Arnaldo rescued the infant girl.

Witnesses spotted a motorcyclist tossing the child in a backpack into the Capibaribe River.

The two guys summoned Military Police immediately, who transported the infant to a local maternity facility.

The child was apparently just hours old, and the umbilical chord was severed in an unethical manner.

In Brazil, abortion is illegal and punishable by one to three years in prison.

While legislation has been enacted to simplify the process of placing a child for adoption, new parents continue to face obstacles.

As of this writing, the biker is still at large.

A witness indicates the location where the infant girl fell into the river at Sao Lourenço da Mata.

»After being tossed into a river in Brazil, a newborn baby girl is recovered by fisherman«