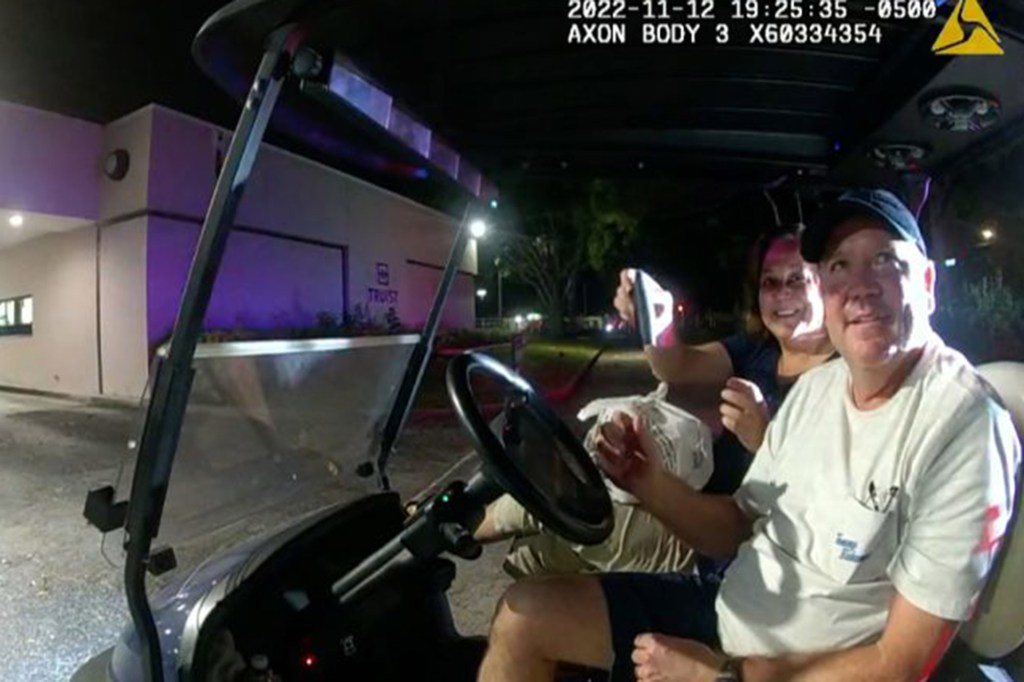 The police chief of Tampa resigned in disgrace after she attempted to use her influence to prevent her husband from receiving a ticket for driving an unregistered golf cart.

Mary O’Connor, 51, submitted her resignation effective immediately on Monday after internal affairs determined she violated departmental policies on November 12 when she asked a Pinellas County deputy to “just let us go” while flashing her badge.

According to Fox 13 News, her resignation letter included the following statement: “I never want my personal mistake to impede the progress I have made in mending relationships between the police department and the community.”

Body cam footage revealed that O’Connor attempted to intimidate a Pinellas County deputy who stopped her husband in a golf cart last month.

The departure occurred three days after O’Connor was placed on leave in relation to the incident following the release of body cam footage showing her attempting to big-time the deputy in Oldsmar, Florida.

O’Connor was captured on camera riding in an unregistered golf cart driven by her husband in a seaside community 15 miles outside of the city.

“Is your camera turned on? “I am the chief of police in Tampa,” O’Connor stated while displaying her badge.

According to the video, the law enforcement veteran asked the deputy, “I hope you’ll just let us go tonight.”

O’Connor gave the officer her business card and said, “If you ever need anything, don’t hesitate to contact me. Serious. Thank you.”

Monday marked O’Connor’s resignation after less than a year on the job.
AP

The traffic stop involving a golf cart occurreded ten months after O’Connor was promoted to chief in Tampa.

Prior to her resignation, the former chief of police expressed regret for her behavior, which she attributed to “poor judgment.”

This was the first time we had exited our golf-cart-friendly community with this vehicle, necessitating the need for a license plate.

O’Connor said in a statement released on Friday, “In hindsight, I recognize how my handling of this matter could be perceived as inappropriate, but that was not my intention.”

“I knew my conversation was being recorded, and I had no intention of putting the deputy in an awkward position,” she continued. “I called the Pinellas County Sheriff and offered to pay for any potential citations.”

Assistant Chief Lee Bercaw was the interim chief during the investigation.

Mayor Jane Castor, a former police chief, appointed O’Connor to the vacant top position last winter, but her appointment was not without controversy.

According to the local Fox affiliate, she was fired from the department after being accused of punching a deputy during a DUI stop in 1995 while accompanied by her future husband.

Castro stated in a statement on Monday that she was particularly dissatisfied with O’Connor’s conduct because she had given her a “second chance.”