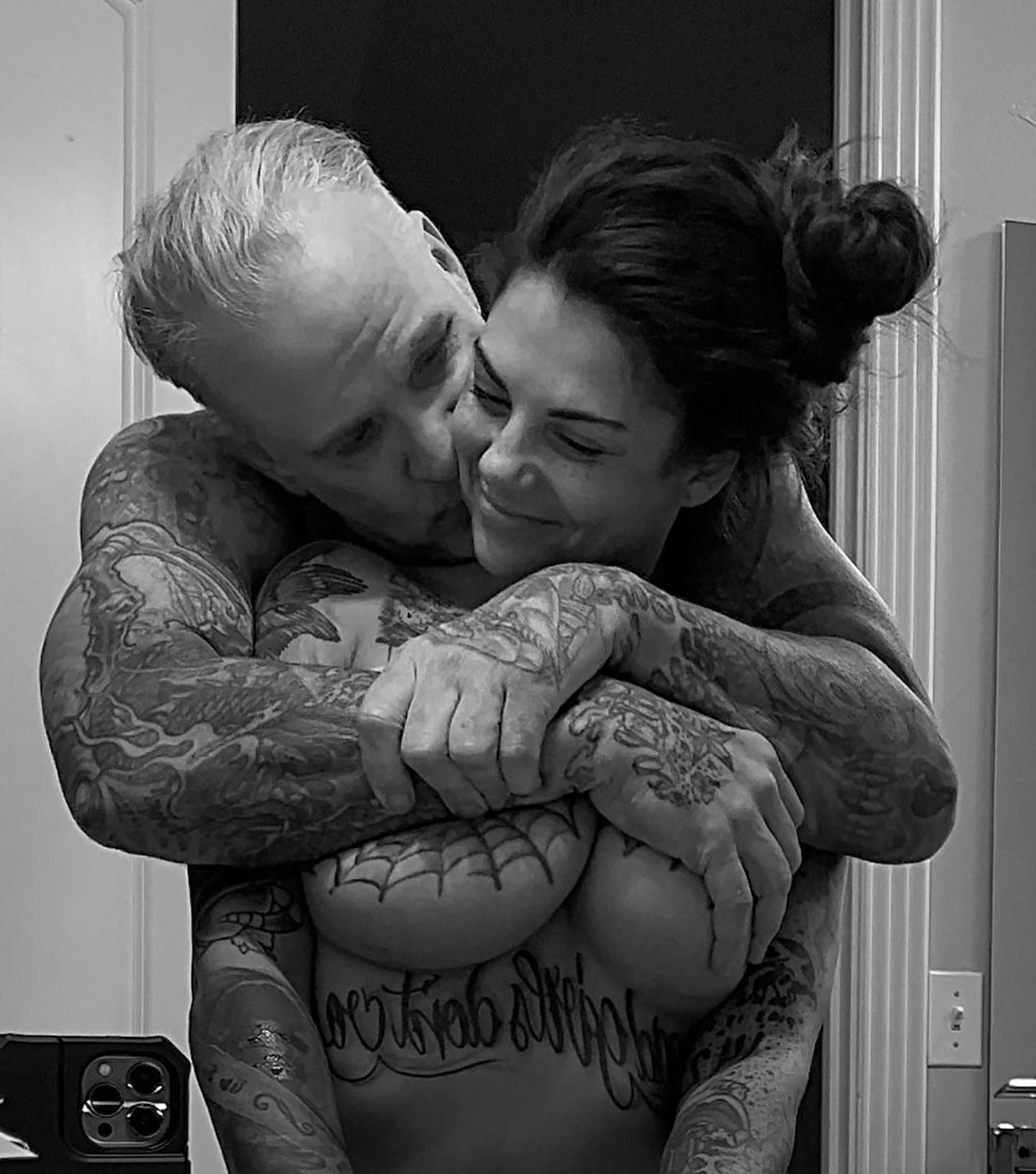 Bonnie Rotten, the pregnant wife of Jesse James, reportedly filed for divorce after accusing him of infidelity.

According to the publication, James has yet to reply to the claim.

The separated couple’s representatives did not immediately respond to Page Six’s attempts for comment.

Last week, Rotten, whose real name is Alaina Hicks, claimed on her Instagram Story with a sonogram that James was “busy trying to f–k other women” during her pregnancy.

Then, in a second post, she added, “I’m so heartbroken by what he’s done to me. He didn’t care about anyone but himself; he’s a genuinely reprehensible human being.

The divorce petition was filed when Alaina Hicks, also known as Rotten, publicly accused James of infidelity. He refuted her assertions.

The divorce petition was filed when Alaina Hicks, also known as Rotten, publicly accused James of infidelity. He refuted her assertions.

The founder of West Coast Choppers, who is 53 years old, has a history of adulterous relationships, according to Rotten, who is 29 years old.

The fetish model said, “Everyone is free to make fun of me and laugh at me.” “Nothing could make me feel worse than I do currently. I should have known you would be OK.”

James denied cheating on Rotten in his own social media messages, in which he also apologized for their “conflict.”

“Baby, I swore I didn’t cheat on you!” The former presenter of “Monster Garage” narrated a slideshow of images of the duo in happier times. “I regret that we got into a quarrel. “I apologize for calling you a “retard” during our argument.”

The couple who are now estranged wed in June.

James, whose divorce from Sandra Bullock in 2010 was infamously the result of his admitted infidelity, insisted on Rotten that he had “never considered cheating.”

“I have never cheated on you. I’ve never considered cheating on you. You are the one person I will ever desire,” he wrote.

James’s marriage to Sandra Bullock ended due to infidelity.

Despite his protestations of innocence, James admitted to texting one of his exes after their explosive argument.

The presenter of “Jesse James: Outlaw Garage” claimed, “I genuinely believed we were over, and I acted out of anger and vengeance.”

“I understand that this has caused you pain, and I apologize. I unfollowed her and will no longer contact her. (I really follow a different ex on Instagram; I suppose you forgot I told you about her.)”

On her Instagram Story, Rotten appeared to react cryptically to James’ tweet without specifically addressing it: “Please leave me alone!”

James and Rotten were married in a Texas garden in June.