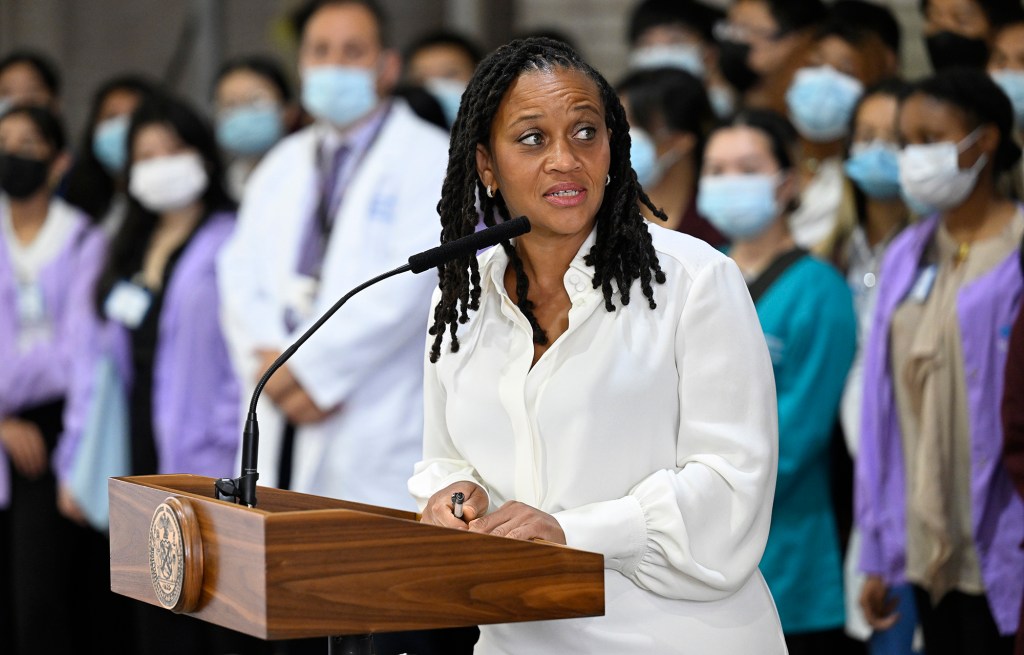 Mayor Eric Adams selected two new senior aides to his government of one year on Tuesday to replace his chief of staff and top deputy mayor, both of whom announced their departures amid a wave of October resignations.

Sheena Wright will replace Lorraine Grillo as his First Deputy Mayor, a post that manages the day-to-day operations of the city government and its $100 billion annual budget.

In the meanwhile, Camille Varlack will replace longtime Brooklyn fixer and attorney Frank Carone as his new chief of staff, a position that traditionally has a disproportionate amount of sway in setting overall policy and handling politics at City Hall.

During a morning news conference at City Hall, Mayor observed, “These are big shoes to fill.”

At a July ceremony in Brooklyn to launch the Summer Youth Employment Program (SYEP) at the Maimonides Hospital, the then-Deputy Mayor Sheena Wright spoke.

“However, these two women and their red bottoms will bring their own pair,” he continued in a cheeky reference to the French shoe designer Christian Louboutin, a favorite of the power suit set.

Grillo formerly served as the head of the School Construction Authority and as a major role in coordinating former mayor Bill de Blasio’s response to the coronavirus outbreak.

Wright is the first African-American woman to occupy the position of First Deputy. Previously, she oversaw strategic projects as Adams’ deputy mayor.

Before joining City Hall, she was the chief executive of the New York City chapter of the United Way. She is the longstanding girlfriend of Schools Chancellor David Banks.

Varlack served as one of former Governor Andrew Cuomo’s appointments to the state’s previous ethics enforcement agency, the Joint Commission on Public Ethics.

Camille Joseph Varlack will succeed Frank Carone as the chief of staff for President Adams.

Adams has vigorously refuted these claims, as well as the notion that Carone or Grillo left due to dysfunction. Instead, he stated that both parties intended to leave after one year.

»After a wave of departures at City Hall, Eric Adams reorganizes his senior team«