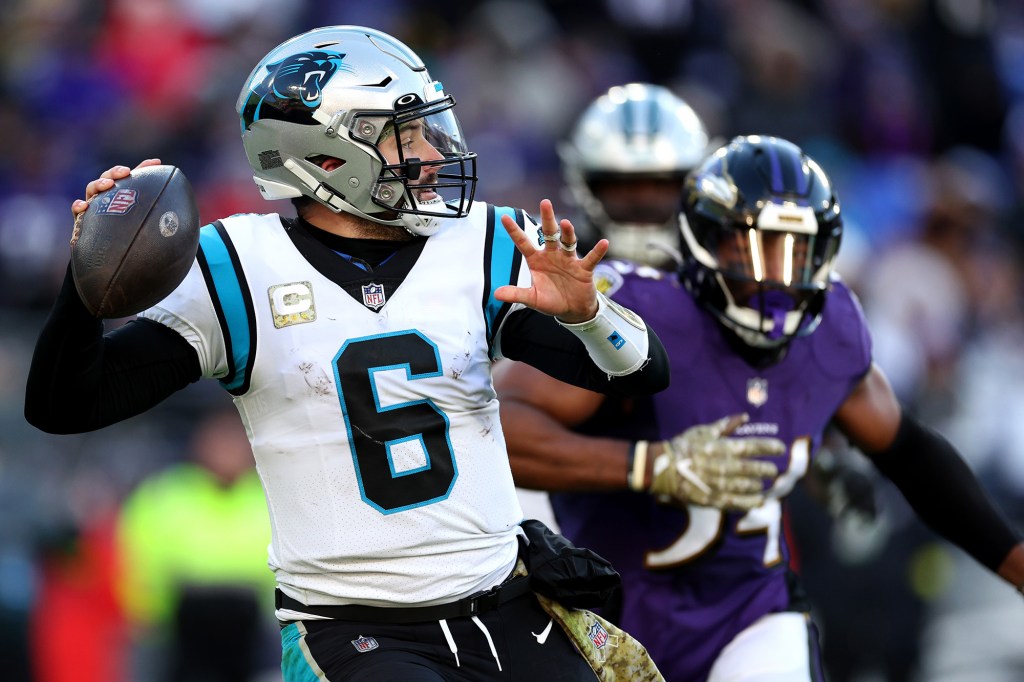 Baker Mayfield will no longer play for the Carolina Panthers.

NFL Network’s Ian Rapoport said on Monday that the 27-year-old quarterback is anticipated to be removed from the organization, and “he will be placed on waivers when the decision is confirmed later today.”

Mayfield, the first overall choice in the 2018 NFL Draft, has had a difficult season after being traded to the Panthers from the Browns in July.

The Panthers are releasing quarterback Baker Mayfield, shown here on November 20, 2022 against the Ravens.

Mayfield started the first five games for the hapless Panthers, who dismissed head coach Matt Rhule in October after two and a half seasons. During his absence, he lost his starting position to P.J. Walker. Now, Sam Darnold is the starting quarterback for the Panthers.

Mayfield has completed 57.8 percent of his passes for 1,313 yards and six touchdowns versus six interceptions in seven games this season.

»After a shaky start, the Panthers release Baker Mayfield«