Skip to content
Go Home «» News «» Breaking News «» After a pizza break, the House adjourns till Thursday without appointing a new speaker 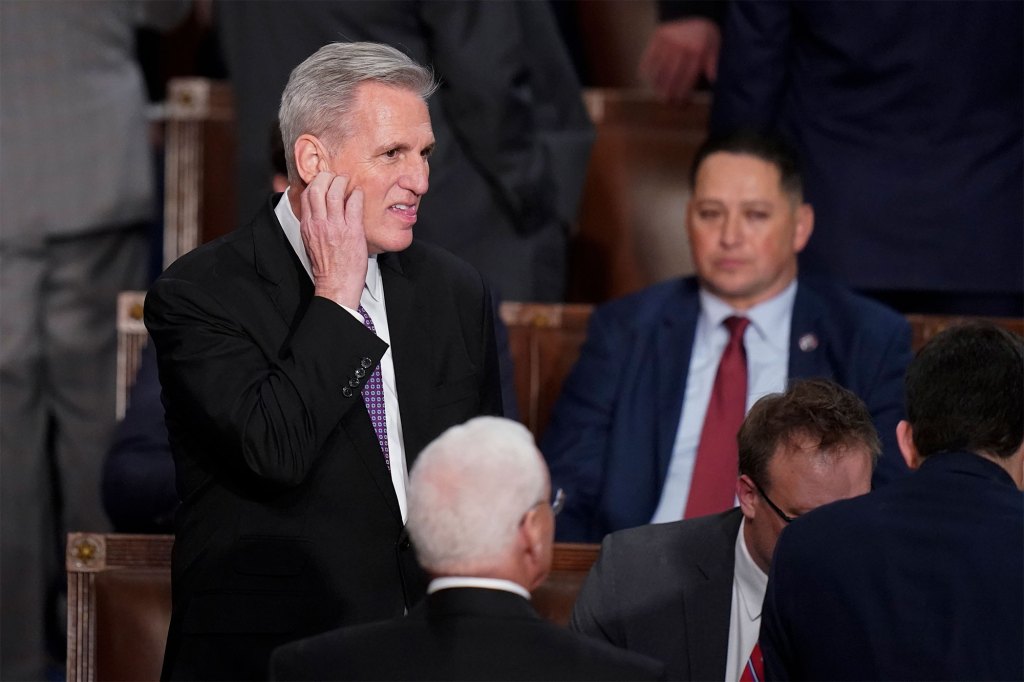 After a lengthy pizza break, the House reconvened on Wednesday evening, but adjourned until Thursday while the search for a speaker continued.

The House will now return on Thursday at noon for yet another session that will commence without a House speaker.

McCarthy’s (R-Calif.) supporters met with Republicans vehemently opposed to him before the House reconvened at 8 p.m. to “get a feel of where everybody is” following six unsuccessful attempts to elect a House speaker on Tuesday and Wednesday.

“The pizza was delicious,” remarked one Republican representative who attended the meeting.

“This evening was not about trading offers. Rep. Dusty Johnson (R-S.D.), a pro-McCarthy lawmaker, told The Post that the purpose of the groups’ meeting in the office of GOP whip Tom Emmer of Minnesota was to “get a feel of where everyone is and what areas are most conducive to advancement.”

Rep. Scott Perry (R-Pa.), a McCarthy opponent, was unable to tell Wednesday night whether a seventh attempt will be made to elect a House speaker and suggested it could take several more days for the GOP to unite behind a candidate.

“It may extend into the weekend. We hope not, but it is possible,” Perry added.

McCarthy told reporters before the House reconvened that he did not anticipate Wednesday night’s seventh vote would be productive and that he was confident that he would eventually assume control of the House gavel.

McCarthy told a group of reporters, “I don’t think voting tonight would make a difference, but I think a vote in the future will.”

McCarthy could only lose five Republican votes, but dropped 20 to Rep. Byron Donalds of Florida before the House recessed until 8 p.m. on Wednesday.

»After a pizza break, the House adjourns till Thursday without appointing a new speaker«