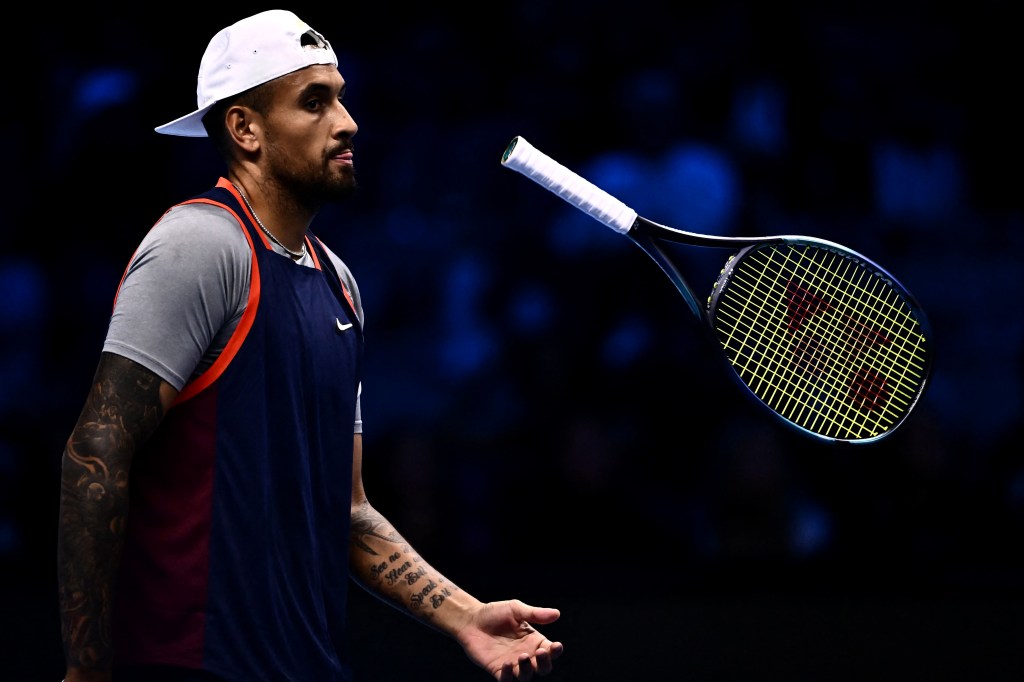 Lleyton Hewitt criticized Nick Kyrgios for surprising his teammates on the eve of the Australian United Cup.

Kyrgios withdrew from the competition shortly before his scheduled news conference, with the tournament director announcing his withdrawal.

Before taking the microphone, the Australian players were informed that he would not be playing; nevertheless, they had no idea why.

Craig Tiley, the head of Tennis Australia, stated on Thursday that Kyrgios is taking precautions to protect his ankle and will rest until the Australian Open begins on January 16.

Alex de Minaur replaced Kyrgios, and after his opening-night loss to Cameron Norrie, Hewitt stated he was in the same position as the players who didn’t know Kyrgios wasn’t playing until the eleventh hour.

Hewitt complimented de Minaur for always stepping up to play for his nation, an indirect jab at Kyrgios, who hasn’t represented Australia in recent years.

Hewitt stated, “I was in the same position as the other players.” “I knew nothing more” (than others). It was difficult for everyone. It was more likely a lack of communication and ignorance on their part.

“I am extremely proud of this guy (de Minaur) and the work he puts into playing for his country. For this, I am quite proud of him. I believe it was difficult for the entire team to be in the dark for the past 24 hours.”

Hewitt responded to a question about how Kyrgios could improve his communication by stating, “Probably by answering.” That is the standard procedure. There was a brief interval (before he responded). It’s primarily a matter of communication. If Nick was only concerned, it would be one thing.

“When it depends on the team and other players’ preparation to play as well as possible leading up to the Australian Open, it is the most difficult aspect.”

“It is not a surprise, and I hope he enjoys his vacation,” said Tsitsipas, the best player on the eight-man Greek team in Perth.

Kyrgios responded on Thursday by stating that he contributes more to the sport as a promoter.

“Haha, so after all this, with the media, and journalists stating how horrible I am for the sport, disrespecting the game, and being a total villain, I will be the most popular show on Netflix… To expand our fan base and put tennis back on the map,” he tweeted regarding the January release of the streaming show.

Kyrgios was scheduled to speak at the press conference at Sydney Olympic Park, but his withdrawal was announced the day before the event was to begin.

On December 21, 2022, Nick Kyrgios will be participating in the World Tennis League.

Wally Masur, an Australian tennis legend, stated on Thursday that Kyrgios’ injury management was a very valid reason for his absence despite widespread rumors to the contrary.

Masur stated on RSN, “I’ve spoken with several of the guys, and he’s been dealing with injuries.” “He has participated in a few exhibitions in the Middle East, and several of the players have expressed worry. I suppose he practiced the day before and determined that his ankle wasn’t okay.”

»After a no-show start to the tennis season, Nick Kyrgios resorts to Netflix defense«