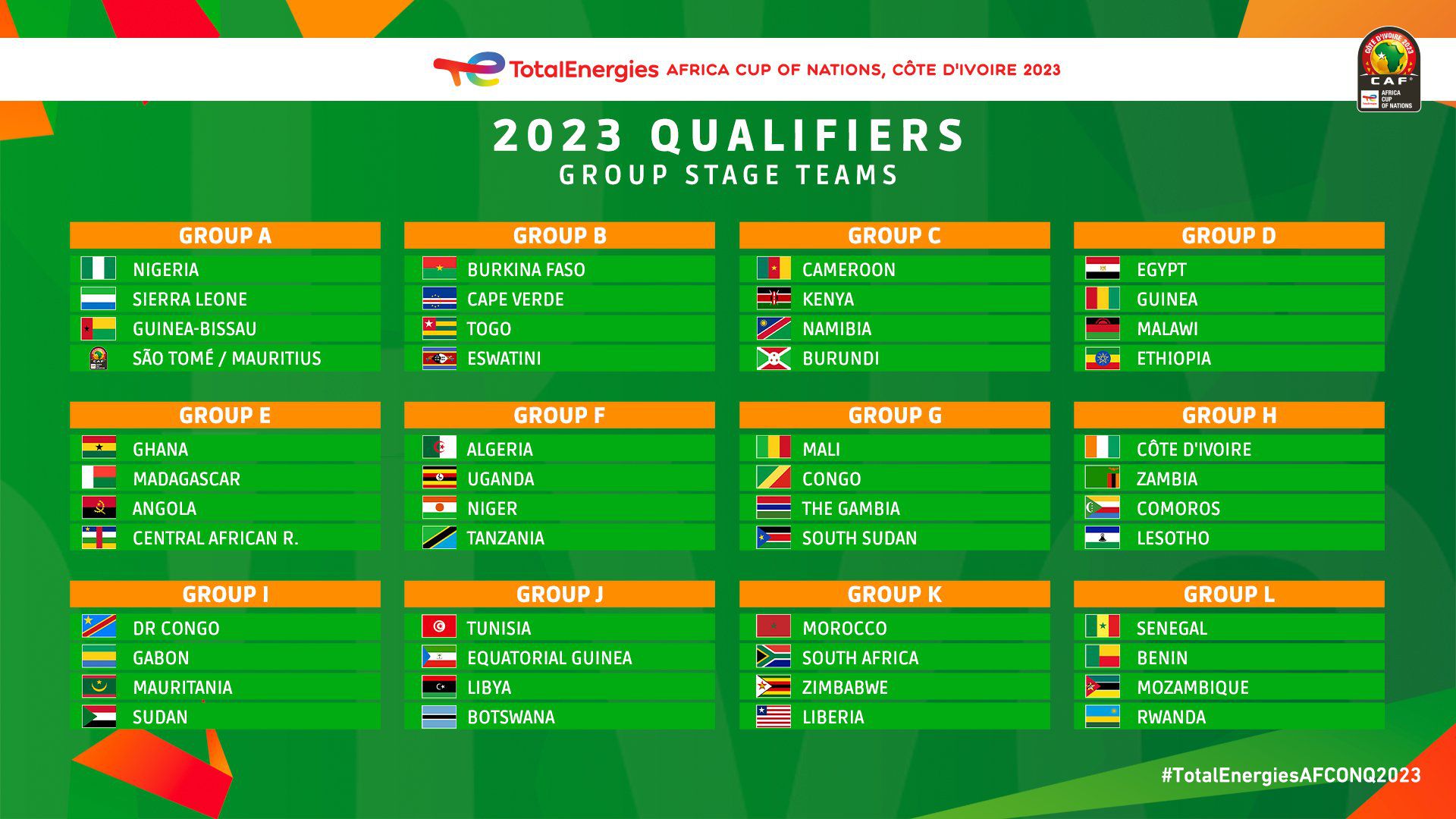 The all-important draw for the 2023 Africa Cup of Nations (AFCON) qualifying groups was made in Johannesburg on Tuesday.

AFCON 2023 is scheduled to be the 34th edition of the tournament and will be held in the Ivory Coast from 23 June to 23 July next year.

– Ivory Coast automatically qualify from Group H as tournament hosts, along with the highest placed of the other three teams