Skip to content
Home » News » Breaking News » Adults can catch RSV. About the viral infection sending kids to the ICU 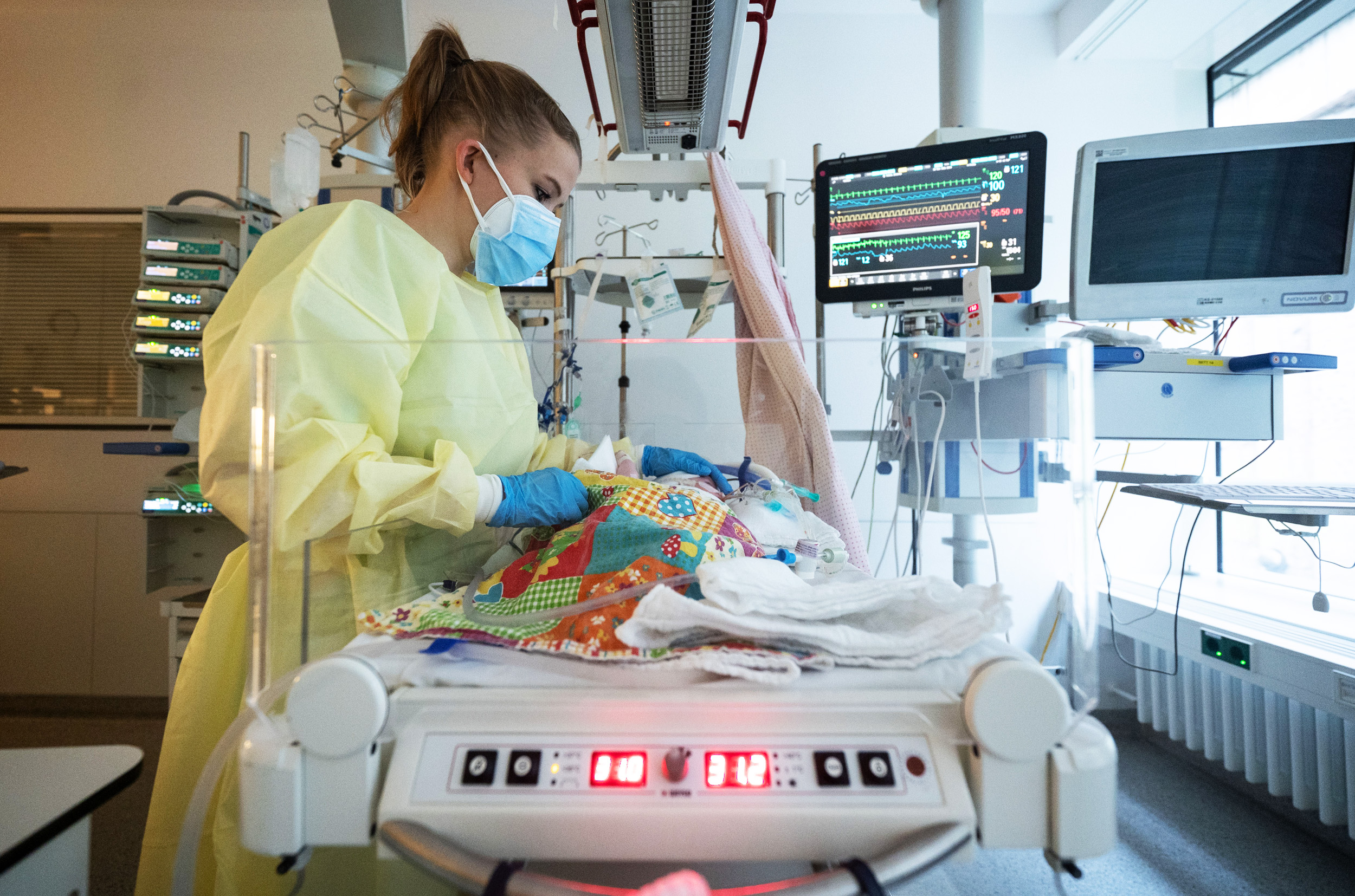 Pediatricians across the nation are concerned about the rising incidence of severe respiratory syncytial virus (RSV) infections among youngsters.

This fall, emergency departments, urgent care clinics, and intensive care units are filling up sooner than normal, a development doctors attribute in part to the easing of COVID restrictions for children returning to school and daycare.

However, young children are not the only ones currently infected with RSV; their diseases are simply more obvious. RSV can cause severe instances of bronchitis and pneumonia in infants, making it the primary cause of hospitalization for infants under 1 year old. According to the Centers for Disease Control and Prevention, at least 100 children die each year from RSV.

Babies are particularly susceptible to the sickness since they have little to no protection to the virus. In addition, their diminutive size renders them very vulnerable.

Dr. Per Gesteland, a pediatric hospitalist at the University of Utah Health and Intermountain Primary Children’s Hospital, told Insider, “They develop wheezing and breathing difficulties because their airways are clogged with mucus.”

You’ve likely had RSV before, and you’ll likely contract it again.
During RSV, some infants require assistance breathing.

Typically, children are exposed to RSV at least once by their second birthday, but this did not occur reliably during the epidemic, since many daycares closed and caregivers wore masks. This means that some toddlers are currently experiencing severe RSV infections, although the majority still have minor illnesses that can be treated at home. RSV can also be fatal for persons older than 65, whose immune systems have weakened with age.

On the other hand, school-aged children, adolescents, and younger adults may contract RSV without ever knowing it. They may be completely asymptomatic, or their symptoms may be so minor that they mistake the condition for a cold.

RSV symptoms typically appear in stages and can include:

“It is frequently disseminated by younger children who take it up in school and the neighborhood and then carry it home,” Gesteland explained. The infant may experience the most severe symptoms, while the parent may have a mild cold and the school-aged youngster may have a moderately serious upper respiratory infection.

Immunity is not permanent, and it is conceivable, while uncommon, to contract RSV twice in the same year. When this occurs, the second infection is typically milder.

Dr. Melanie Kitagawa, who oversees the pediatric intensive care unit at Texas Children’s Hospital, says that mothers may pass on some RSV immunity to their infants, but there is currently no vaccine.

Not only have children avoided RSV infections in recent years, but so have adults. Many parents also spent at least a year avoiding RSV while masking and isolating themselves for COVID, which may have diminished the immunity that mothers would normally pass on to their children.

Dr. Behnoosh Afghani, a pediatric infectious disease specialist at UCI Health in Orange County, California, suspects that many infants and toddlers are being exposed to RSV for the first time, without the protective antibodies their mothers may have passed on in utero or via breast milk if they’d recently had RSV.

Vaccines against RSV are in the final stages of development for pregnant women and older individuals, but for the time being, RSV protection is limited to the conventional hygiene suggestions we’ve all heard before: handwashing, avoiding ill people, and exercising caution around the most susceptible. Doctors advise avoiding baby kisses during cold and flu season.

Dr. Melanie Kitagawa, medical head of the pediatric intensive care unit at Texas Children’s Hospital, stated to Insider, “I do not have a golden piece of advise to prevent any of this.” I must simply assist the children and give their bodies time to battle this infection.

»Adults can catch RSV. About the viral infection sending kids to the ICU«