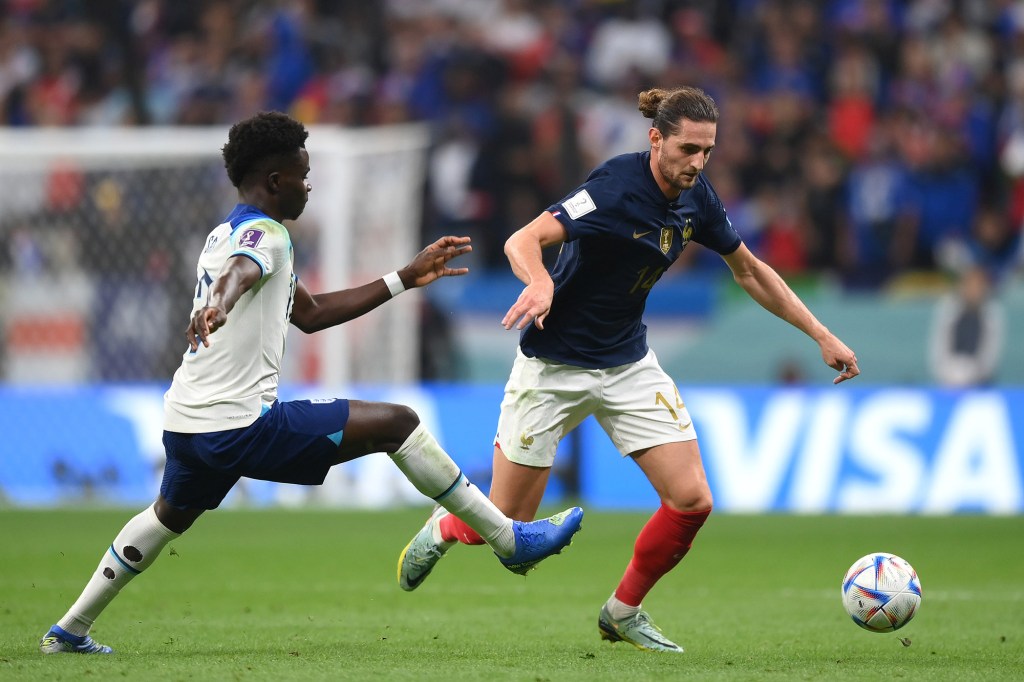 France will be missing Adrien Rabiot and Dayot Upamecano in its starting lineup for Wednesday’s 2022 World Cup semifinal against Morocco, as both players have gotten the illness.

In their place, Ibrahima Konaté and Youssouf Fofana will start, while Adrien Rabiot will remain at the team’s base camp.

According to beIN Sport, assistant coach Guy Stéphan remarked, “They had played the other games, and Didier [Deschamps] felt the balance was appropriate with them.” We have complete faith in Youssouf and Ibou, despite their slightly differing vocal ranges.

According to beIN Sport, the French staff believes that the players contracted the illness from English players. It is unknown whether the players have undergone COVID-19 testing. England reportedly requested that French journalists wear masks in the mixed zone after the quarterfinal.

Even without two regular players, France is a huge favorite against Morocco, who is the first African team to reach the semifinals after pulling off consecutive upsets over Portugal and Spain.

The victor will play Argentina in the final on Sunday at 10 a.m. ET.