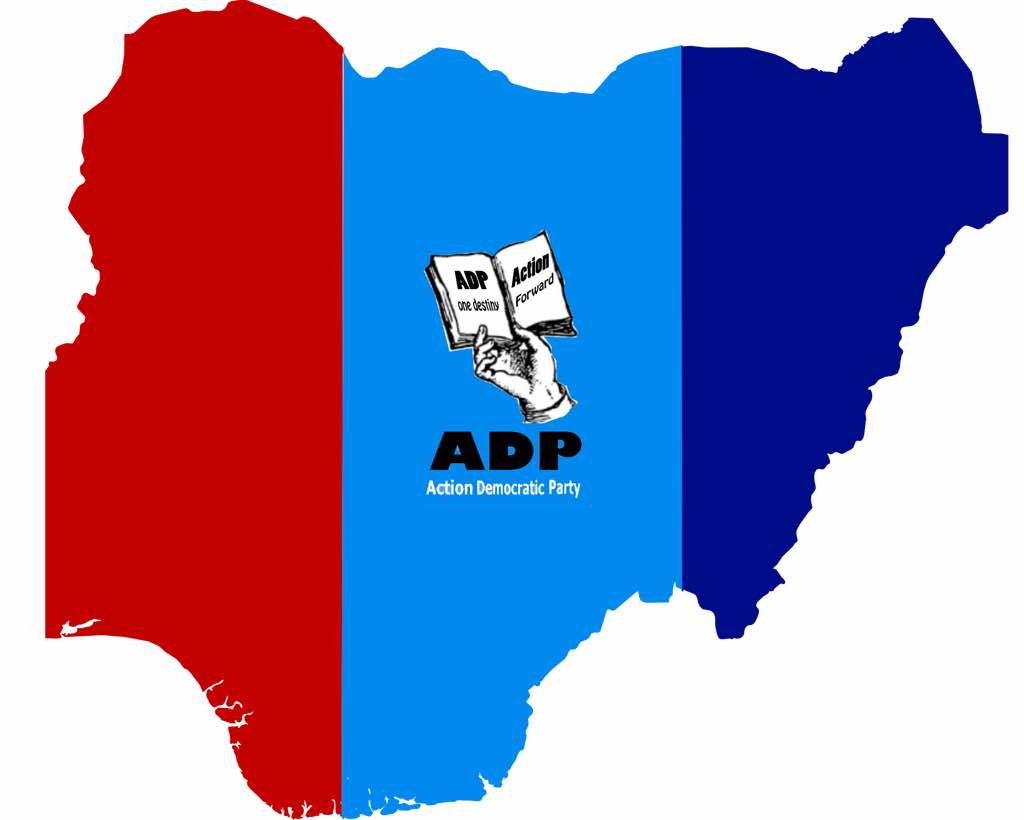 The Action Democratic Party says it has concluded, through a Memorandum of Understanding, an alliance with 16 other political parties, ahead of the 2023 general elections in Nigeria.
The Leader and National Treasurer of the party in Abia state, Okey Udoh, disclosed this in Umuahia.
He stated that the party had been in consultation to form an MoU called ‘3rd Force’ with about 16 other parties.
Merger plan

Udoh said the ADP, as one of the solid parties in the country since 2019, was not a part of the Inter-Party Advisory Council of Nigeria, stressing “the party is going for a merger that will produce the best candidates,” and ”whenever that occurs, ADP will not lose its identity”.

He said; “ADP can always stand on its own and cannot be swallowed by others who can only come and join. Such alliance will not swallow the identity of ADP.”

Research Institute
Udoh further stated that, in partnership with State Governors, ADP planned to build an African Diplomatic Institute for research on African democracy that would afford researchers the opportunity to know more about the African model of democracy.

According to him, ”the party had done its state and local government congresses and by July, the party would consider a “consensus election” to avoid problems.”

”The ADP is not just in Nigeria to play politics, but to change the narrative. It has incorporated the disabled and the indigent are also accommodated,” he explained.