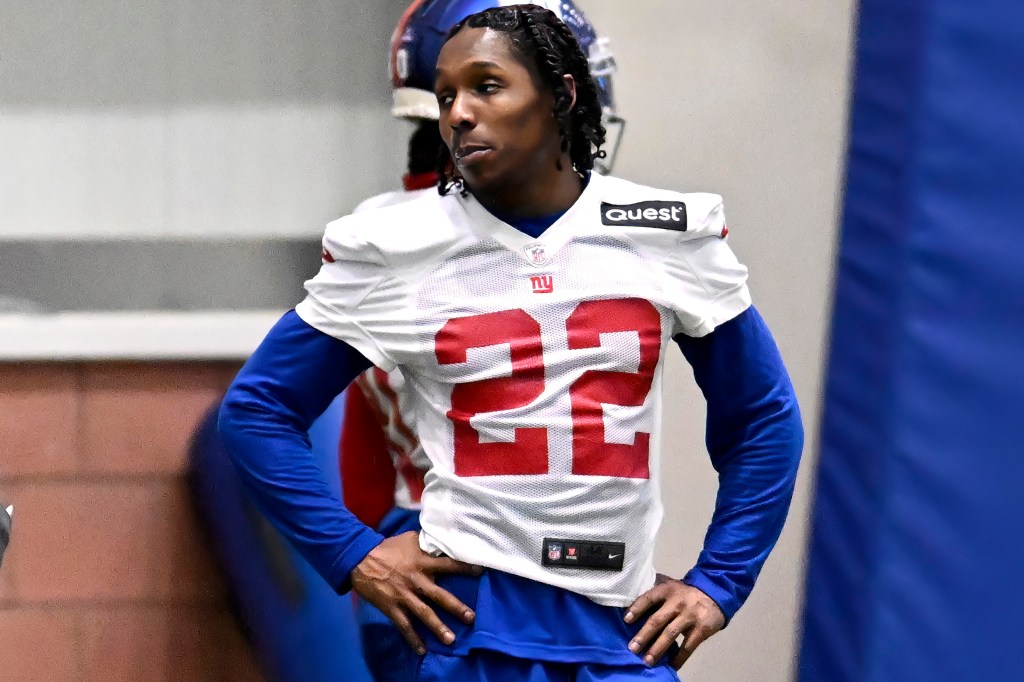 Adoree’ Jackson, the best cornerback on a Giants team that must beat the Colts on Sunday to qualify for the playoffs for the first time in six years, took a step forward on Wednesday, which might be advantageous for the Giants’ defense.

Jackson returned to practice on a limited basis on Wednesday, marking the first time since Nov. 20 when he damaged his knee that he joined his teammates on the field.

Jackson was hurt while returning a punt in MetLife Stadium’s 31-18 loss to the Lions.

The medial collateral ligament sprain has prevented him from playing in the last five games.

The Giants lost three, won one, and tied another contest.

Jackson’s absence has strained the defense’s back end, leaving Fabian Moreau as the starting cornerback and requiring Nick McCloud and Darnay Holmes to spend more time on the field.

Before the defensive backs stepped outside for individual drills, Jackson performed well throughout the early portions of practice inside the field house.

Positive news for the defense was that outside linebacker Azeez Ojulari was able to participate in limited practice.

Ojulari was taken out of the Vikings loss on Christmas Eve in Minneapolis due to a sprained ankle, which he sustained after sacking Kirk Cousins. Ojulari likened it to a basketball-type of sprained ankle. Negative X-rays of the ankle were obtained, and Ojulari’s speedy return to the field gives him at least a chance to play against the Colts. This season, Ojulari has had trouble getting on and staying on the field, but in six games he has accumulated 5.5 sacks.

Two players will not play against the Colts: the safety and the quarterback. Xavier McKinney and offensive lineman Shane Lemieux. McKinney, who is healing from fractured fingers on his left hand and is on the non-football injury list, is not yet ready to return to practice. The fact that he was observed sprinting sprints inside the field house and catching tennis balls from a trainer on the side is indicative of his growth.

Lemieux (toe) was placed on injured reserve, terminating his season. Lemieux missed the first nine games of the season due to a toe injury, returned in Week 10 to start against the Lions, re-injured the toe, and has not played since.