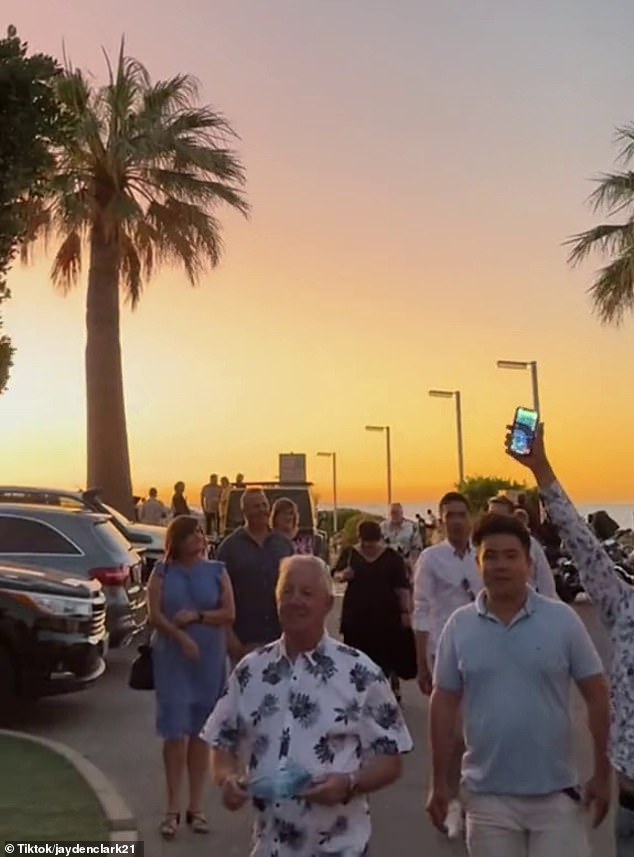 More than one hundred partygoers were duped out of their money after purchasing tickets to a bogus New Year’s Eve yacht party. Upon arriving at the dock, the victims discovered that the event was a sham.

The yacht was due to pick up guests in the seaside district of Glenelg in Adelaide, South Australia, hours before the New Year’s Eve fireworks display.

Guests were able to purchase tickets for the bogus party on the respected event website Eventbrite for $130, with the event scheduled to begin at 8.30pm, 3.5 hours before the fireworks were scheduled to begin.

When the yacht never arrived, however, TikTok users Jayden Clark and Cameron Chappell, along with other ticket holders, quickly realized they had been duped.

In Glenelg, South Australia, revelers who paid $130 for tickets to a phony New Year’s Eve boat party have been defrauded.

TikTok user Jayden Clark (pictured) claimed the party was organized using the event website Eventbrite and included free beverages, free food, a return bus trip, and a DJ on board.

The pair said that the boat party included complimentary beverages, food, and a DJ for dancing.

After the event, a free bus ride back to Adelaide was provided.

Mr. Clark, who had purchased tickets with a group of 10 friends, stated, “It was supposed to be all-inclusive beverages, limitless food, and a DJ. It would be wonderful, and we would be on the water to watch the fireworks.”

We arrived at 8 p.m., the boat was scheduled to depart at 8:30 p.m., and people began to arrive gradually. There is no ship.

The event was hosted by Eventbrite, which is a supposedly respected event planning business and service, and it has been cancelled.

The yacht party’s Facebook page was also deleted before the boat was set to arrive.

Mr. Chappell stated in his video, ‘We scheduled a New Year’s Eve boat party, but when we arrived, there was no boat.’

He estimated that there were approximately 150 people waiting at the wharf for the boat, and that whoever or whomever organized the event made off with approximately $20,000 in cash.

When individuals had traveled interstate to celebrate New Year’s Eve with us on this boat cruise, he added, “that is truly a s**t thing to do.”

Cameron Chappell (pictured), a TikTok user, also purchased a ticket and reported that people had traveled interstate to attend the fake yacht party.

There were perhaps 150 individuals waiting on the wharf for the yacht, which never arrived. Mr. Chappell assessed that the fraudster or fraudsters had stolen approximately $20,000

The TikTok user asserted that the party invitation and event ticket appeared “legitimate.”

The South Australia Police have received complaints on the occurrence.