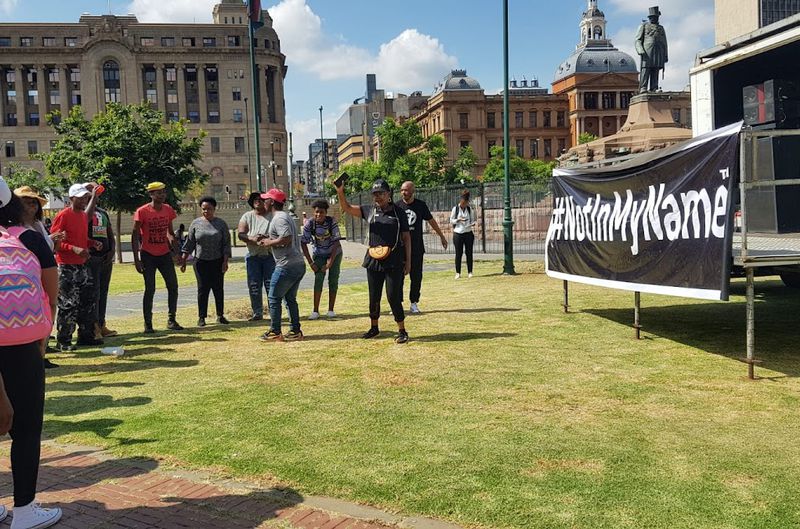 Not In My Name International, a civil rights movement fighting to alter attitudes, organized the demonstration. The crowd gathered at Pretoria’s Church Square. They stopped at the offices of the national energy regulator before proceeding to the Union Buildings.

WATCH – #NotInMyName marches to the Union building to protest load shedding and the recent increase in electricity tariffs by Nersa | @TeamNews24 @News24 pic.twitter.com/qvtipOMOMY

— SHOTS FIRED📸. (@tiro selepe) 20 January 2023
Mo Senna, the head of communications for Nimni, stated that the organization is calling on the government to cease the chronic load shedding and reverse the 18.65% pricing increase given to Eskom by the National Energy Regulator of South Africa (NERSA).

According to the organization, the high cost of electricity and the frequent blackouts only make life more difficult for South Africans. The irony is that load shedding delayed the demonstration.

According to Secretary-General Themba Maseko, a number of buses transporting demonstrators from Mamelodi were stopped in traffic as a result of the power outage.

SPOKESPERSON MASEKO WEIGHS IN: “We want load-shedding to be declared a state of emergency, and no government employees should receive bonuses.” Nersa [National Energy Regulator of South Africa] should reverse the nearly 19% increase it granted Eskom.

“South Africa’s economy is already in a recession, and ordinary citizens will not be able to withstand the current load-shedding for very long.” This is the reason for our appearance today,”

Effective 1 April of this year, the National Energy Regulator of South Africa (Nersa) has approved an increase of 18.65 percent in electricity rates.

In the same tariff proposal, the cash-strapped utility requested a 22.52 percent hike in rates for 2024/25. Nersa has allowed Eskom a rate rise of 12.74 percent.

The regulator stated that the “extremely difficult decision” was intended to balance Eskom’s needs with those of consumers.