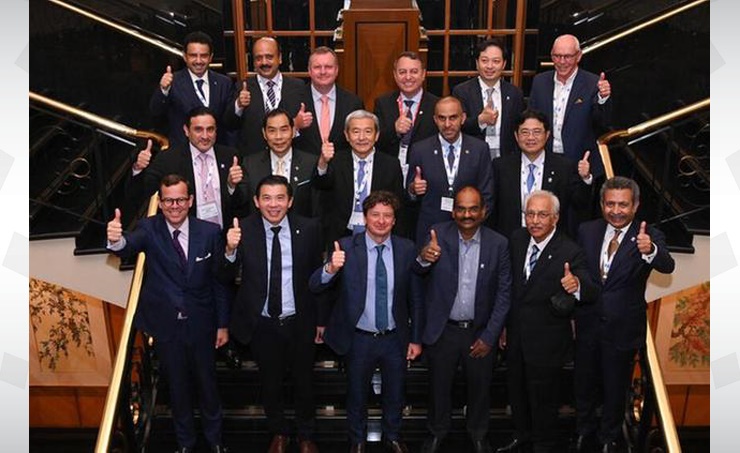 The announcement was made during the board’s first in-person meeting since the start of the pandemic, which took place in Singapore on the sidelines of the 17th ACI Asia-Pacific Regional Assembly.

The hybrid event included virtual and physical attendance and saw the board discuss issues affecting airports in the Asia-Pacific region and Middle East.

“It is an honor to be elected to this key position on the ACI Asia-Pacific Regional Board,” Al Binfalah said.

“I look forward to contributing to the organization’s continued growth and success. Working closely with other members of the Executive Committee and the Board of Directors, I am eager to help further develop and enhance regional advocacy that benefit all airport operators under ACI’s umbrella.”

Al Binfalah congratulated MATARAT on being chosen as the host for ACI Asia-Pacific’s new sub-regional office in Riyadh.

“This decision will further consolidate ACI’s regional presence and enable us to provide members with improved levels of service,” he said.

The assembly also saw the appointment of Emmanuel Menanteau as President of the association’s Regional Board, succeeding Seow Hiang Lee, CEO of Changi Airport Group, who served as the President of ACI Asia-Pacific for the last four years and will continue to be part of the Board as Immediate Past President.

ACI represents the world’s airports and their collective interests. It promotes professional excellence in airport management and operations and works closely with prominent aviation organisations such as the International Civil Aviation Organisation and the International Air Transport Association to develop standards, policies, and recommended practices.

The ACI Asia-Pacific Regional Board represents the interests of 131 members operating 617 airports in 49 countries in the Asia-Pacific and Middle East.