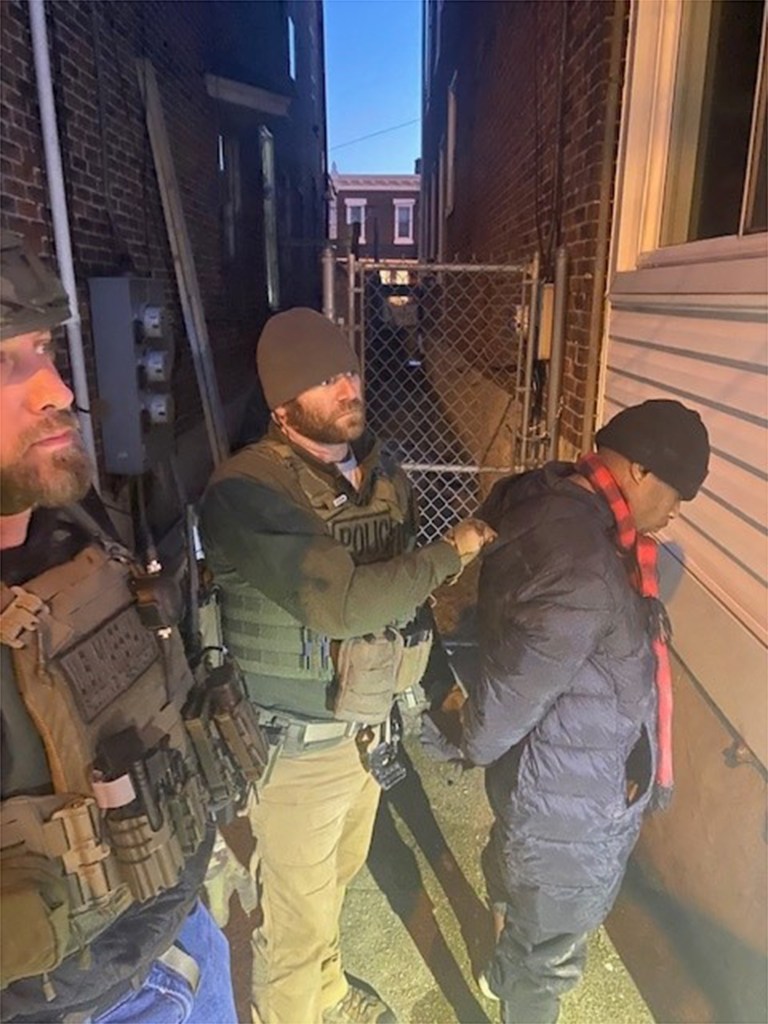 A man accused of randomly shooting a gas station employee in the Bronx last month was apprehended in Philadelphia, where he allegedly opened fire on a parking cop, according to officials.

US Marshals arrested Termaine Saulsbury, 39, on W. Girard Avenue in Philadelphia, where he was hiding, on Wednesday, according to police.

Authorities said Saulsbury is a suspect in the Nov. 22 shooting of a 49-year-old, longtime employee at the Sunoco on Boston Road near Astor Avenue in Allerton at 7 p.m.

The subsequent release of chilling footage of the shooting showed a man casually approaching the barred station entrance.

The tape reveals that the gunman appears to indicate that there is a problem with the pumps before firing twice at the worker without speaking.

The injured employee was sent to Jacobi Medical Center in critical condition, according to police.

According to the reports, the victim had worked at the gas station for more than 15 years and did not appear to have had any prior issues with coworkers.

According to the police, the Sunoco shooter began fire without speaking.
Peter Gerber

Three days after the Bronx incident, Saulsbury is suspected of shooting Philadelphia Parking Authority officer Timothy McKenzie while he was on duty, according to authorities.

In another encounter, which was also captured on film, Saulsbury allegedly approached McKenzie from behind on Frankford Avenue while armed with a silver revolver and fired a single shot, striking the officer in the head.

Local reports indicate that the cop has been discharged from the hospital, although his recovery is ongoing.

Based on a “ongoing investigation,” the NYPD stated in a statement released earlier this month that “it is believed that there is a connection” between the two crimes.

“This judgment was made based on the similarities between the physical attributes and clothing of the suspect and the circumstances surrounding both shootings,” the department stated.

The suspect is depicted in side-by-side images from both instances wearing a blue hooded jacket, a dark-colored ski mask, gray leggings, black boots, and black gloves.

Captain John Walker of the Philadelphia Police Department previously told reporters, “At this time, both actions appear to be random, there was no apparent pattern or motive.”

In a statement received by WPVI-TV, Lazer stated, “As challenging as the job is for our law enforcement officers, their safety is our primary priority.”

“Knowing that a suspect is currently in police custody is a source of relief for our entire team and our families. While our PEO Tim McKenzie continues to recuperate and progress, the time has come to allow justice to run its course.