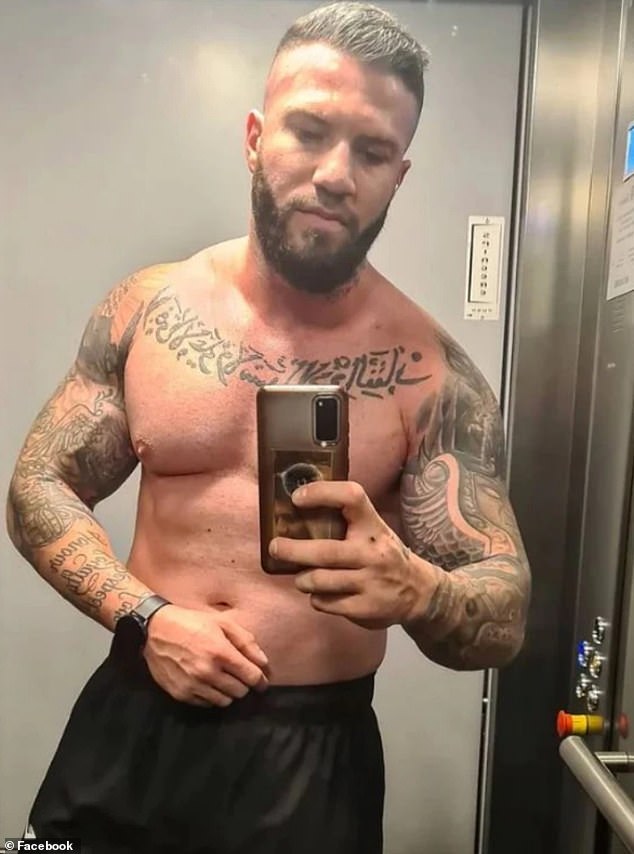 A failed assassination attempt on a former gang leader who recovered in less than three weeks apparently took place after 10 days of planning.

Sam ‘The Punisher’ Abdulrahim, an ex-Mongol, was shot eight times while riding in his Mercedes during the burial procession of his cousin on June 25.

The liver and kidneys were wounded by the remaining bullets, while four of them struck Abdulrahim in the chest and injured his lungs.

Two weeks after his “miraculous” recovery, the 32-year-old posted a menacing picture of his recovering chest from a hospital bed.

He said, “Allah is bigger than all these flops; they’ll have their day.”

According to the Herald Sun, on Saturday it was revealed that police tracked down one of the alleged attempted murderers using two plastic gasoline cans he purchased from Bunnings Warehouse in Epping, Melbourne, ten days before to the incident on June 15.

The man is seen taking the two cans to a silver Subaru Impreza WRX that has two other people inside in CCTV footage of his Bunnings purchase.

According to detectives, the cans were used to transport fuel meant to burn up the Mazda SUV used in the attempted assassination.

The jerry cans were never used, though, as the Mazda crashed while attempting to flee the scene of the shooting.

One of the attempted murderers is seen in video footage taken just minutes after the crash trying to hide by jumping into a fast food restaurant’s trash bin before leaving less than a minute later to look for another place.

CCTV captured one of the alleged would-be killers walking down a residential street in Epping carrying a full Coles shopping bag.

The almost-murderers, though, are probably more concerned about the former Mongol taking vengeance.

The 35-year-old kickboxer was backed by other former Mongols members who left the gang in April after the change in leadership and is thought to still have close ties to powerful figures in Middle Eastern organised crime.

In the days following the shooting, Abdulrahim is said to have spoken to the group’s new leader, Phil Main, who assured him it had nothing to do with the Mongols.