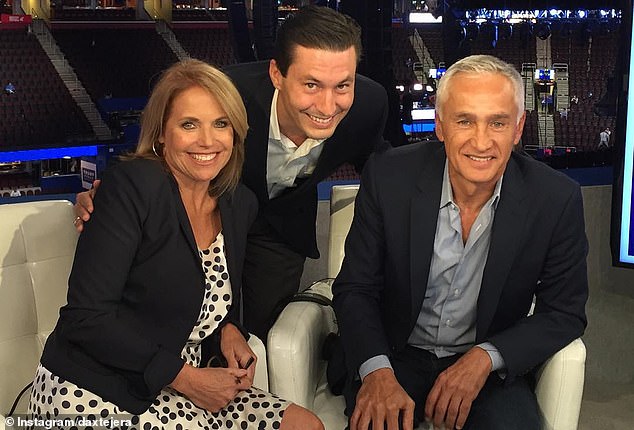 Dax Tejera, the executive producer of ABC This Week, passed away suddenly after a heart attack on Friday at the age of 37.

Tejera was a devoted employee of ABC News and a married father of two.

He collaborated alongside Martha Raddatz and George Stephanopoulos, and most recently went to London to help with the network’s coverage of Queen Elizabeth II’s passing.

‘It is with a heavy heart and tremendous regret that we report that our friend and colleague, Dax Tejera died unexpectedly abruptly last night from a heart attack,’ ABC News President Kim Godwin said in a statement to the team on Christmas Eve.

Every Sunday morning, Dax’s enthusiasm and love for “This Week with George Stephanopoulos,” ABC News, and you shone through as the show’s executive producer. His adorable daughters received the same level of affection.

The whole Tejera family as well as his wife Veronica, the couple’s two young kids, are in our thoughts.

Since then, memorials have filled social media.

Gio Benitez, a journalist for Good Morning America, sent a heartfelt message on Instagram asking people to keep Dax Tejera’s family in their prayers as they spend Christmas Eve with their families.

He was the executive producer of This Week ABC, a friend to all of us, and—most importantly—a devoted father to Sofia and Ella and a loving husband to Veronica.

With the caption, “taken after interviewing Press Secretary Karine Jean-Pierre for a first-of-its-kind broadcast network Pride program,” he shared a snapshot of the two in the White House.

We often bonded since we were precisely the same age—37. Much too young to already be dead. Dax, we shall miss you terribly. My buddy, Godspeed,” wrote Benitez.

With a picture of Tejera, Cecilia Vega shared her own tribute, writing: “Your smile. your chuckle. Your commitment. Your deep affection for Veronica and your lovely kids. your devotion to your craft. the way you pushed to open doors for Latinos in the future and showed concern for the next generation.

“The way you overcame obstacles on your own. how you always encouraged me and had faith in me. Your sartorial Miami flair and the fact that you never wore socks, even on the coldest days. You left us much too soon, Dax Tejera.

We shall miss you in every way. Your family was really fortunate to have you. All those you supported and encouraged carry on your legacy.

Tejera has been employed by ABC since 2017, when he began as a Senior Producer in the Washington, DC, office of the network.

He had previously worked for NBC and was a graduate of Columbia and Dartmouth.