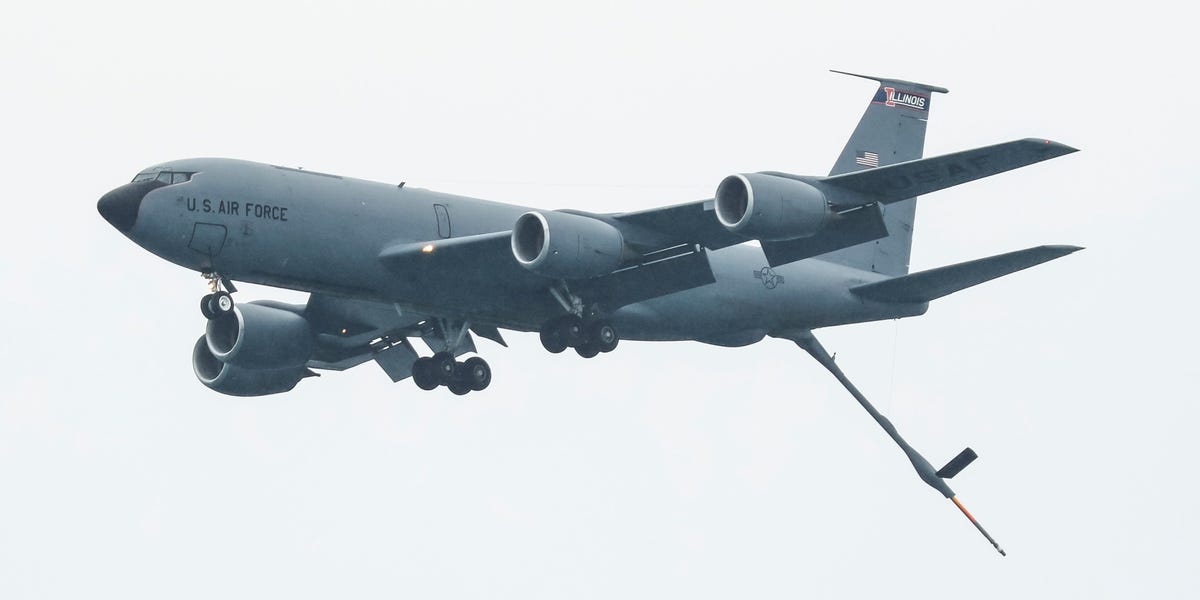 Tuesday, a refueling aircraft from the United States Air Force traced a phallic pattern in the sky near various Russian military locations in Syria, according to data from the air-traffic tracking website FlightRadar24.

The data indicates that the Boeing KC-135R Stratotanker, which is used to refuel military aircraft, took off from Chania International Airport on the Greek island of Crete at approximately 14:15 UTC.

FlightRadar data indicates that after an hour of flying east and beyond the island nation of Cyprus, the plane spent two more hours flying in a pattern like a phallus before breaking off and returning to Chania at 6:45 p.m.

The flight of the tanker occurred roughly off the coast of Syria, where various Russian military facilities are located. One is the seaport of Tartus, a Soviet-era naval base that, according to Russian media, is used to repair and restock ships.

Another is the Russian-operated Khmeimim Air Base in Syria, where sophisticated jet aircraft such as the Su-57 have been tested. According to a research by Middle East Institute expert Anton Mardasov, the air base has been “important in serving Russian air traffic” throughout the Middle East and Africa.

US military pilots have already faced stressful encounters with Russian aircraft over the eastern Mediterranean, such as in February, when the Pentagon reported that three US naval planes “experienced unprofessional intercepts by Russian aircraft.”

It is uncertain whether the flight path of the supertanker was intended to mimic a phallus. Tuesday, the stratotanker also flew close Cyprus and Lebanon.

The US Air Force and a representative for US Air Force Central did not reply promptly to requests for comment from Insider.