A renowned Sydney beach has received tonnes of stones after almost disappearing due to the coast’s being battered by destructive storms.

At Cronulla Beach in Sydney’s south, up to 5,000 tonnes of sandstone boulders will be used as a temporary fix to stop the harm caused by coastal erosion.

Midway through July, enormous waves pounded the shore and destroyed the sand bank, necessitating the closure of the beach and relocation of the lifeguard tower.

Following the removal of tens of thousands of cubic metres of sand from the Bate Bay coastline, a large crane was utilised to dump the sandstone.

A notice at the beach said, “Sutherland Shire Council is presently doing repair works to the beach seawall owing to substantial erosion.” 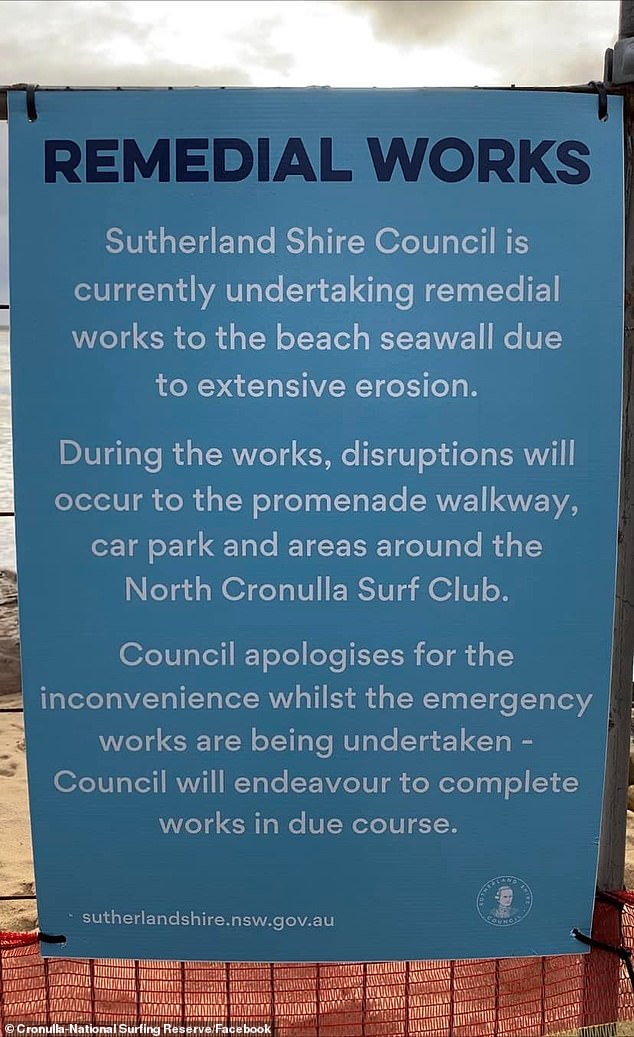 The “Bate Bay Coastal Management Program” of the council outlines a long-term plan to safeguard neighbourhood beaches from coastal erosion.

For upcoming projects, such as an enhancement to the promenade north of Cronulla Beach and a subterranean sea wall, the council will attempt to receive grant financing.

By retaining or preventing sand from moving, seawalls are sturdy constructed structures that aid in preventing further erosion of the coastline.

According to a spokeswoman, the Sutherland Shire Council has been working hard in recent weeks to solve the serious sand erosion.

They said that several Sydney’s busiest beaches had sustained damage as a result of powerful storms and long-lasting, very large seas.

‘The construction of around 7,000 tonnes of rock to build a protection wall along part of our most vulnerable shoreline has been a successful short-term solution in protecting against additional coastal erosion,’ they said.

“The sand lost from our beaches will naturally reappear over time,” the statement reads. 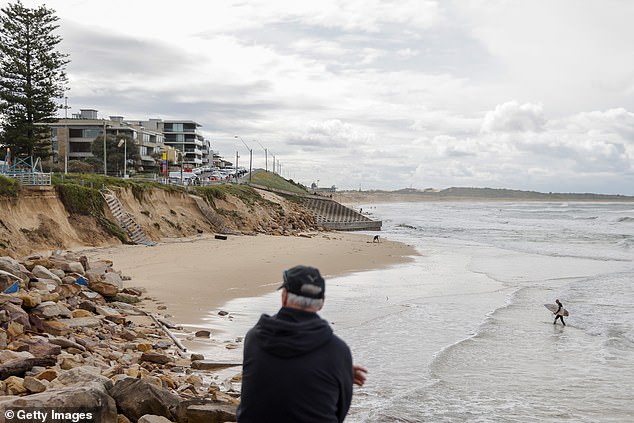 “Some locations of our beaches have already had roughly 1.5m depth of sand return since the most recent coastal erosion incident.”

Locals were told by the spokesman that access to the well-liked beach would gradually be restored in the next weeks.

Following similarly successful dredging operations in 2012 and 2007, they said, “Council is also partnering with the NSW Government to execute a project that will see approximately 60,000 cubic metres of sand dredged from the major navigation channels of the Port Hacking River.”

The operation is scheduled to start in early 2023, and the dredged sand will be put offshore at Cronulla to assist restore beaches.

Thankfully, recent weather that has been calmer has given our coasts some respite, allowing Council to carry out its scheduled short-term beach restoration work.

An report on the progress of the projects was provided to the community earlier this week by Leanne Farmer, an independent councillor at the Sutherland Shire Council.

According to her, “immediate repair work to fortify the Prince Street Seawall has been finished” and “about 6,000 tonnes of sandstone stones have now been put for embankment protection and re-establishment of access to the beach front.”

In addition, Ms. Farmer said, the council has started “beach-scraping” projects along a 2-kilometer stretch of the coastline between the Prince Street barrier and Greenhills.

She said that while the beach-scraping accelerated the beach’s healing pace, it resembled the natural beach regeneration process. 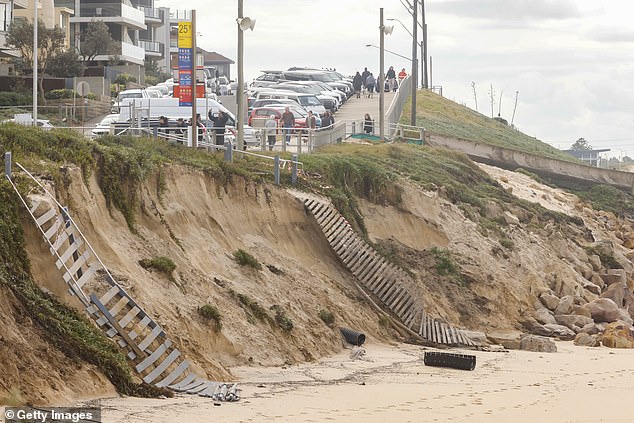 “The beach scraping operations have included the reinstatement of many beach access paths with the use of earthmoving equipment,” she stated.

The shoreline at Cronulla and Maroubra, as well as other beaches in Sydney’s shire, sustained substantial damage as a result of the recent strong storms.

After gale-force winds and huge waves wrecked havoc on the shoreline, the Randwick City Council published pictures of sand that had been blown all the way to walkways.

The area of Maroubra seemed more like a ski field due to the mountains of sand that were thrown on Maroubra Road by the strong winds, which also caused trucks to be sent in to clear up the debris.