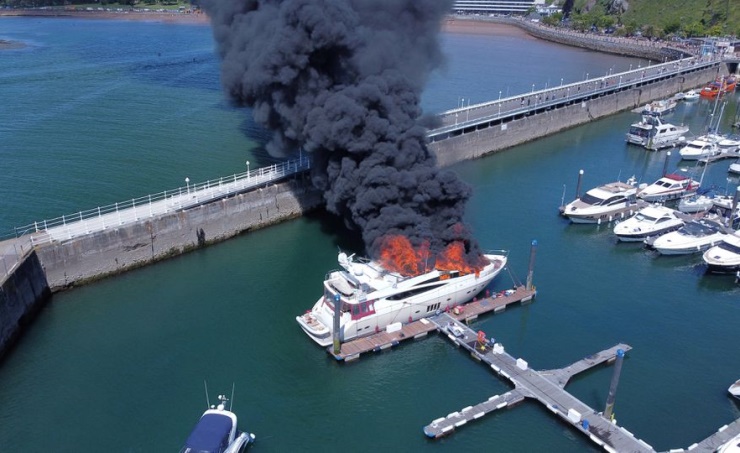 London, May 29 (BNA): Fire ripped through a superyacht in southwest England on Saturday, sending thick plumes of black smoke into the sky and briefly releasing the burning vessel to drift across its marina.

Police and fire officials said the 85 foot (26 metre) yacht in Torquay, Devon, was “well alight” and the fire brigade said the vessel contained about 8,000 litres of diesel fuel, prompting local areas and nearby beaches to be cleared, Reuters reported.

“Due to levels of smoke and fumes we are asking residents in the area to keep their doors and windows shut at this time,” Devon & Cornwall police said. “Members of the public are also urged to avoid the area and beaches are being cleared by officers for public safety.”

The police said no one had been injured in the fire and the yacht had since been secured after it broke free from its mooring. The police did not say who owned the yacht.