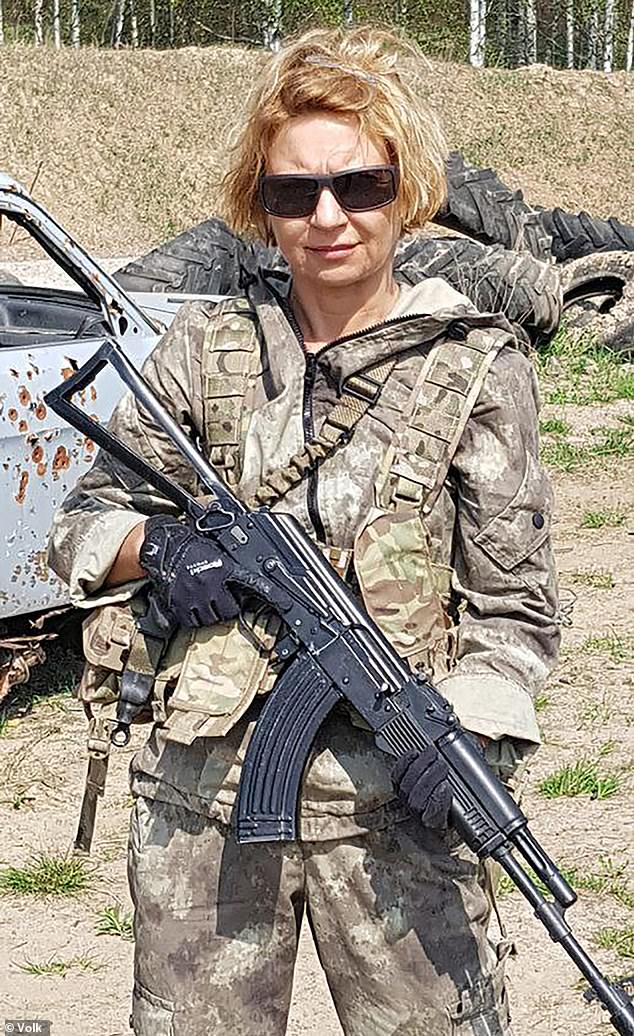 A leading pro-Putin female journalist has been shot dead by a ‘stray bullet’ at a Crimean military training ground.

No further details were officially given concerning the ‘accident’.

The mysterious shooting is being probed by military rather than civilian state investigators.

One source said told the Cheka-OGPU Telegram channel that the Russian woman was killed by a bullet from her own weapon.

Meanwhile news outlet MK quoted a source saying she was killed by a freak ‘ricochet’ of a bullet.

However, neither of these could be confirmed and the mystery remains behind the death of Babayeva, who was head of the Rossiya Segodnya media group’s bureau in Simferopol.

Her death brought expressions of grief from leading Putin officials and propagandists.

Babayeva was reportedly an instructor at the shadowy Volk [Wolf]International Training Centre which taught security and survival skills to military personnel and civilians.

She was previously bureau chief for state news agency RIA Novosti in Britain and the US, and had been editor of major news outlet gazeta.ru.

The day before she died, Babayeva had been in talks with leading Putin propagandist Margarita Simonyan, head of the RT media empire, on coverage by the pro-Kremlin media in invaded areas of Ukraine.

A grief-stricken Simonyan said: ‘Only yesterday I discussed with her how we will develop in the new territories…

‘Oh, Sveta [Svetlana] how could it happen…?’

‘She was a multi-talented journalist and just a charming woman,’ he said.

Babayeva’s boss Dmitry Kiselyov – sanctioned by the West – said she was a ‘warm person, who strongly supported Russia,’ and ‘wanted to support our heroes’.

‘Svetlana did a great deal to convey to the public the truth about what is going on in Kherson region,’ said Vladimir Saldo, the Russian-backed head of Ukraine’s southern mainly Russian-occupied Kherson territory.

Cheka-OGPU said that the investigation into her death would be carried out by the 534th Military Security Service of the Russian Investigative Committee.