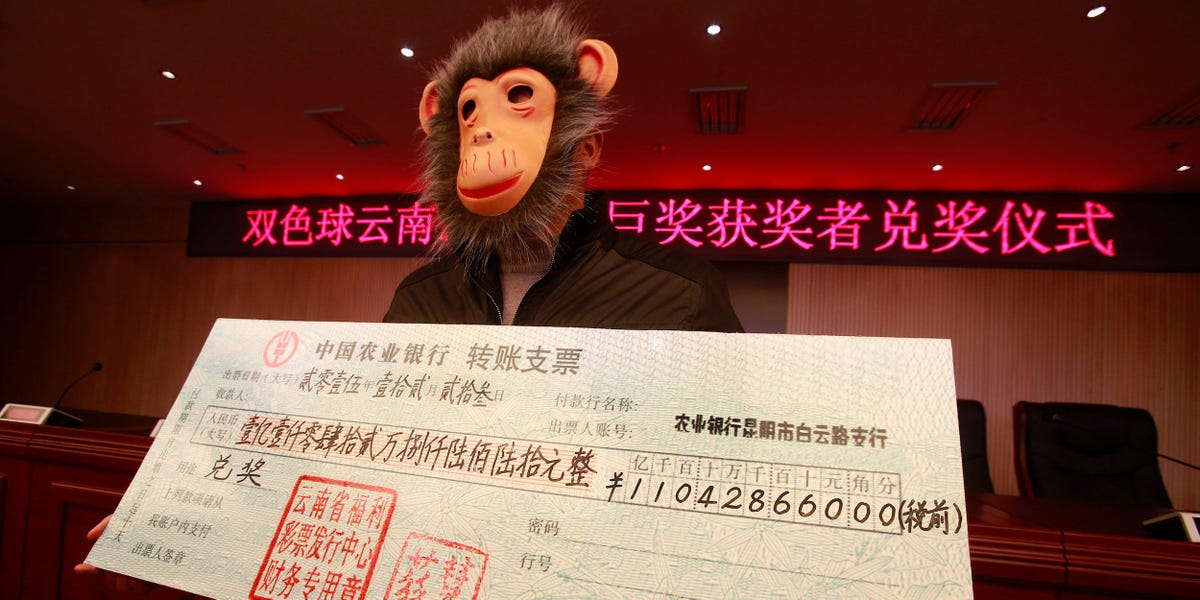 Bloomberg reported that a guy in southern China used a yellow cartoon outfit to conceal his identity after winning a $29.9 million lottery jackpot reward.

According to the local daily Nanning Evening News, Mr. Li collected his prize on October 24 from a lottery office in Nanning, Guangxi. According to a Bloomberg story, he donated 5 million yuan ($685,000 USD) to charity and is expected to get 171.6 million yuan ($23.6 million USD) after taxes.

According to the Nanning Evening News, despite the man’s charitable intentions with his newfound wealth, he did not inform his family of their good fortune.

The father told the newspaper, “I didn’t inform my wife and child because I feared they would get too complacent and not work or work hard in the future.”

According to the publication, Mr. Li claimed he purchased the winning ticket in Litang, a tiny town northeast of the capital, using the same numbers he had used for years: 2, 15, 19, 26, 27, 29, and 2. The day following his realization that he had won, he drove into the city to collect his award.

“I did not leave the hotel for fear of losing the lottery ticket,” he told the Nanning Evening News.

»A southern Chinese father claimed a $30 million lottery jackpot anonymously, fearing it would make his wife and child lethargic«