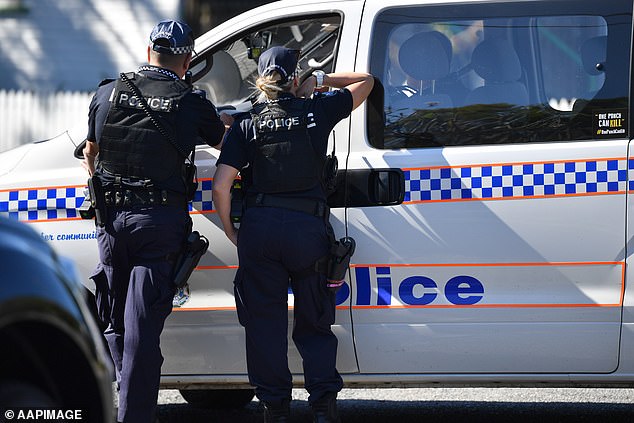 A man and a woman have been detained and are set to be charged with murder after a seven-month-old boy was discovered dead in one of the “most disturbing” scenes ever viewed by cops.

Thursday at approximately 6.45 a.m., Queensland Police were called to a residence on Mount Samson Road in Yugar, northwest of Brisbane.

Detective Inspector David Jackman told the media on Thursday afternoon that a 33-year-old male and a 22-year-old woman have been arrested and will be charged with murder shortly.

I am unable to comment on their relationship with the deceased youngster. However, they are all acquainted with one another,’ remarked Inspector Jackman.

Investigations revealed injuries to the kid that are sufficient grounds for murder charges.

The father alerted authorities to a “male youngster who was unresponsive,” according to Inspector Jackman.

He stated, “From what I’ve seen, the youngster was not neglected in terms of feeding and the such, but it’s extremely disturbing.”

I’ve been a detective for almost thirty years, and this is one of the most disturbing scenes I’ve ever witnessed.

“The infant was discovered in the house, but I am not at liberty to specify where.”

It is believed that the couple and the child were living together at the residence, although police were unaware of their presence.

At the location where the infant’s body was discovered, detectives from the Inner West Child Protection and Investigation Unit and the Criminal Investigation Branch put up a crime scene.

As part of their inquiry, police are researching the family’s past and interviewing family members.

Operation Uniform Salwood has been created by Queensland Police to investigate the death.

Anyone with pertinent information is advised to immediately call the police.