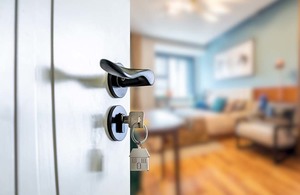 A review of the impact of short-term vacation rentals aims to enhance the holiday rental market for residents of well-known tourist areas.

The program, which was suggested in a recent government assessment looking at the effects of a rise in short-term and vacation rentals in England, may involve physical inspections of properties to ensure rules about noise, anti-social behavior, health and safety, and other issues are followed.

A registration “kitemark” scheme with spot checks for compliance with regulations on things like gas safety, a self-certification program for hosts to register with before they can operate, and better information or a single source of guidance outlining the legal requirements for providers are additional measures the government is considering.

Over the past few years, the variety of vacation accommodations has grown significantly.

We aim to take advantage of the increase in short-term rentals while safeguarding neighborhood interests and ensuring that England has top-notch tourist accommodations.

Although no decisions have been made, this evaluation will help us determine the alternatives to consider in order to save our beloved villages and booming tourism sector.

Holiday rental websites like Airbnb have boosted travel across the nation, but we need to watch out that this doesn’t force locals out of their neighborhoods.

By allowing councils to charge up to twice the amount of council tax, we are already taking steps to address the problem of second houses and vacant properties in some neighborhoods.

This analysis will help us better understand how local housing availability is being impacted by short-term rentals, ensuring that the tourism industry benefits both locals and tourists.

According to Airbnb listing data, there was a 33% increase in UK listings between 2017 and 2018, and the use of online platforms for short-term letting has increased in many ways, including the variety and availability of options and the opportunity for people to make money by renting out extra space and real estate.

72% of people said that the environmental advantages of home sharing influenced their decision to travel with Airbnb in the company’s green tourism report. According to a different estimate from the company from 2018, a typical UK host using their platform makes an average of £3,100 per year.

However, the Government is aware that there may be an impact on housing supply and cost in these regions, and there are concerns stemming from evidence of an increase in anti-social behavior, such as noise, waste, and intoxicated behavior in neighboring communities.

Concerns include lowered visitor safeguards brought on by a disregard for health and safety laws.

The Deregulation Act of 2015’s provisions in London, which permit measures to be taken against anti-social behavior while allowing Londoners to rent out their homes, will also be reviewed.

Steps have been taken in this direction by the devolved authorities. The Scottish government passed legislation mandating that all local governments in the nation put up a licensing system by October 2022.

In Northern Ireland, it is illegal to offer lodging to tourists without a permit from the national tourism authority. Wales has made it known that it wants to create a formal licensing or registration system.

Additionally, in Greece, anyone renting out their home to paying guests is required to register before doing so, and in areas of Ireland known as “Rent Pressure Zones,” hosts are only permitted to short-term rent out their principal dwelling after registering.

We appreciate the government issuing this appeal for information. It is time to think about how we can level the playing field between conventional businesses and those operating on newer platforms while also protecting all consumers, regardless of the economic model used by an accommodation owner.

The request for evidence will assist the government in finding the correct balance between accomplishing those goals and preventing the imposition of too high new expenses or burdens on small enterprises.

We will be actively participating in assisting the Government in coming up with a reasonable solution, and we encourage other owners of tourist accommodations to participate in the call for evidence and make their voices heard.

Merilee Karr, CEO of Under The Doormat and Chairperson of the Short Term Accommodation Association, stated:

The STAA is glad to be able to respond to DCMS’s request for information on short-term rentals and vacation rentals in England. A growing number of jobs are created in local areas as a result of short-term and vacation rentals, which also provide worthwhile sources of income for nearby households and establishments.

Any new regulatory approach should acknowledge this contribution and work to promote the sector as a crucial component of the larger UK tourism business.

As a sector, we look forward to working with DCMS to find a straightforward, affordable regulatory solution that considers community needs and benefits and encourages owners to rent out properties that would otherwise remain unoccupied.

We are pleased to learn that the UK Government is dedicated to finding a solution that strikes the proper balance, and we look forward to discussing our observations and ideas for workable solutions with decision-makers.

The government’s Tourism Recovery Plan, which was released in June 2021, is where the initial pledge to consult on visitor accommodations was made.

We have already taken steps to offer local governments more control over the effects that second houses may have in particular areas. These include removing tax loopholes, raising stamp duty, and allowing local governments to charge second residences with higher council taxes.

The government will be able to collect data and evidence through this call for evidence, and it is interested in hearing the opinions of all parties, including hosts, internet platforms, lodging providers, and local authorities.