Authorities reported a polar bear assaulted a campground in Norway’s remote Arctic Svalbard Islands on Monday, hurting a French visitor, but the wounds were not life-threatening. 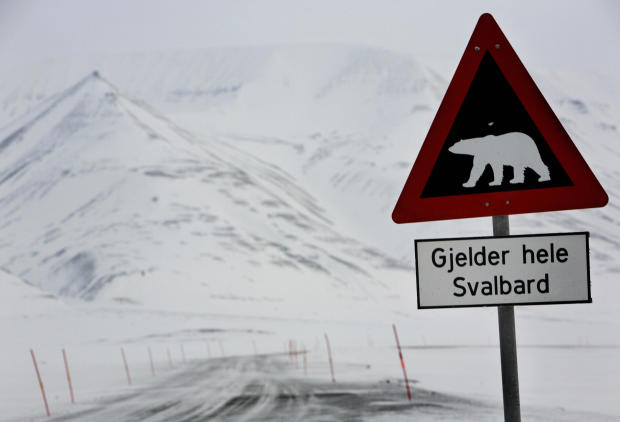 The unidentified lady was part of a tour group of 25 people camping in Sveasletta, in the center of the Svalbard Island, which is more than 500 miles north of the Norwegian mainland and, according to Agence France-Presse, 600 miles from the North Pole. Longyearbyen, the major town in the Arctic Svalbard archipelago, was situated across a fjord from the campground. According to AFP, the land is twice the size of Belgium.

Chief superintendent Stein Olav Bredli said authorities flew to the scene in a helicopter after receiving word of the assault soon before 8:30 a.m.

“The French lady sustained arm injuries. Shots were fired at the polar bear, scaring it away from the location “He said.

Her injuries were not described in depth. She was airlifted to the hospital in Longyearbyen by helicopter.

According to Svalbardposten, the major newspaper on the Arctic island, the casualty was a lady in her 40s who was slightly hurt, according to local hospital official Solveig Jacobsen.

According to AFP, the bear was discovered and killed since it was severely injured.

Polar bear warning signs abound on Svalbard. Visitors who opt to camp outside are warned by officials that they must carry guns.

Since the 1970s, at least five humans have been murdered by polar bears. It occurred last in 2020, when a 38-year-old Dutchman was slain.

A polar bear pulled a Czech tourist out of his tent north of Longyearbyen in 2015, scratching his back before being chased away by gunfire. Authorities subsequently discovered and killed the bear.

According to AFP, the creatures have been classified as a protected species since 1973.