Skip to content
Home » News » News » A ‘party house’ owned by Shane Ronald Farmer, who drugged and sexually abused seven women at his Launceston and Hobart nightclubs, has been cut from Airbnb after neighbours complained 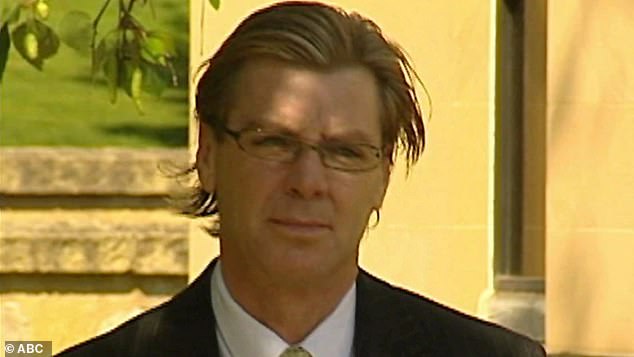 The former “worst ever” serial rapist in Tasmania has had his Airbnb permit revoked after neighbors raised concerns about the house’s ongoing indecent exposure, sex, and drug usage.

The application for a visitor accommodation licence for Shane Ronald Farmer’s Sandy Bay home was denied. Between 1990 and 2001, Farmer drugged and sexually assaulted seven women at his Launceston and Hobart nightclubs.

In 2004 he received a 10-year prison term for rape, kidnapping, aggravated indecent assault, and using drugs to commit rape.

Before being granted parole in 2011, he was incarcerated for six and a half years.

According to the ABC, Farmer, who is now 56, submitted an application for a visitor accommodation permit to the Hobart City Council.

However, the council discovered that before he applied, the house had been offered on Airbnb without the necessary authorization.

At a Hobart City Council planning session, neighbors disclosed that they had often reported alarming activities at the house to the police.

The next-door neighbor, Cedric Mannen, complained that there were “people urinating off balconies,” “loud, rude, annoying ranting,” “curt remarks,” “drunken behavior,” “nudity, sex,” and “other narcotics being thrown about at parties.”

He said that the police were informed of “disturbances” at the home.

Daily Mail Australia makes no inference that Farmer attended any of the gatherings.

Seven women between the ages of 16 and 21 were sexually abused or raped by Farmer over an 11-year period.

He allegedly drugged the drinks of his victims, who were either Playroom staff or clubgoers, according to testimony given to the court.

Farmer’s request for a vacation home was discussed by the council, but his criminal history was not taken into consideration.

It was unclear if Farmer would keep living in a specific area of the house.

However, the council was informed that an alarm system with noise detectors had been put in place there and that the number of guests had been reduced from 13 to 8.

However, Airbnb confirmed in a statement that Farmer was no longer permitted to use its site because of his criminal history.

According to an Airbnb statement, “individuals linked with organized crime and extremist groups are also banned from maintaining an Airbnb account, as are anyone who have been convicted of specific offenses, including sexual assault offenses.”

Farmer’s property manager claimed to The Mercury on Monday that despite operating without a permit, Farmer was not in violation of any council regulations because he only rented it out when he was gone, which qualified him for a house sharing rule.

Sexual assault agencies have voiced worries about the lack of character checks conducted on those that provide short- and medium-term housing alternatives across Australia.