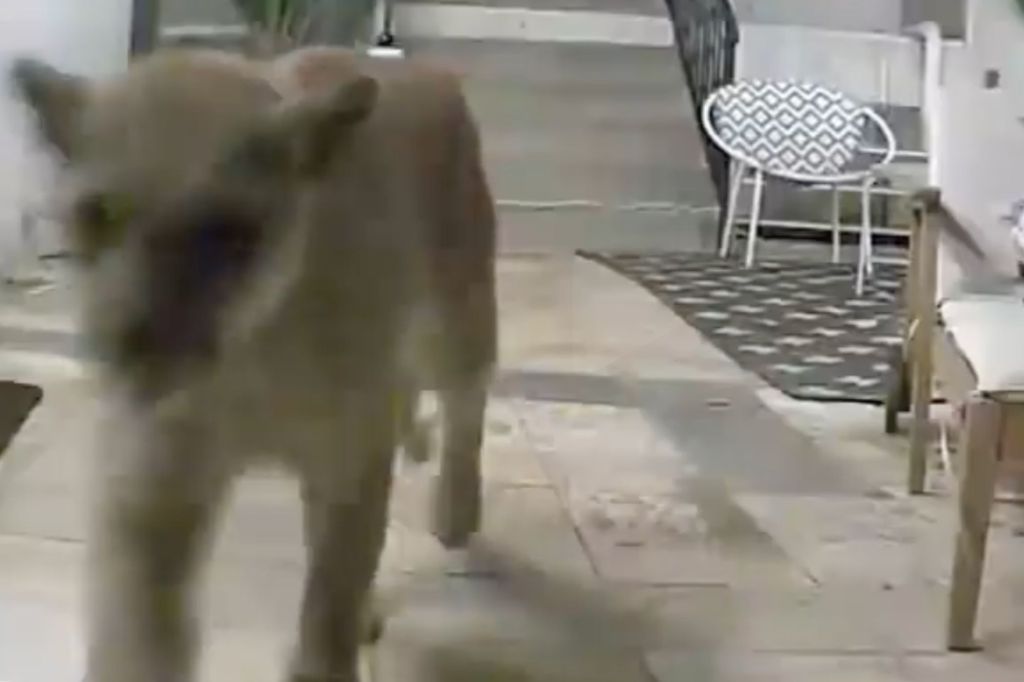 On Friday night in Los Angeles, a dog was attacked and killed by a mountain lion while out on a stroll; the infamous P-22 is suspected to be responsible.

The event occurred in the Hollywood Hills area about 6:30 p.m. on Friday and was recorded on a home’s surveillance footage. A dog walker was observed walking two tiny dogs, and as they left the frame, a crouched mountain lion emerged from the undergrowth and followed them.

One local person remembered having witnessed the assault.

“He basically grabbed one of the dogs, pulled him so hard that he ripped him from the leash, and raced away with the dog in his jaws,” FOX 11’s Warren Jason said.

Neither the other dog nor the walker were injured in the event.

The dog that was slain was Piper, a Chihuahua mix whose owner rescued her in 2014. P-22, the mountain lion that resides in the Hollywood Hills/Griffith Park region, is well-known to the property owner and the whole community.

Residents claim to be familiar with the mountain lion known as P-22 since he is frequently captured on their security cameras.
animalsatmyfrontdoor

“He is constantly on my video stream,” complained one resident. She stated that she has never had any problems with the animal, but she does not walk her dog at night since “coyotes are everywhere, so it’s not wise.”

Members of the community expressed sadness at Piper’s passing, but they are also afraid that the attack might spark an unjustified response against the beloved mountain lion.

P-22, initially identified by the Griffith Park Connectivity study a decade ago, has never been verified to have harmed any domesticated animals. In 2016, a Koala from the Griffith Park Zoo was discovered mauled to death, however P-22 was never accused for this incident despite the fact that his collar indicated he was in the vicinity.

The National Park Service informed FOX 11 that they suspect P-22 was responsible for Piper’s death, but they need to prove this with a tracking collar.

Residents are also certain that P-22 conducted out the attack on Friday, as he is visible on their security footage and they identify his collar.