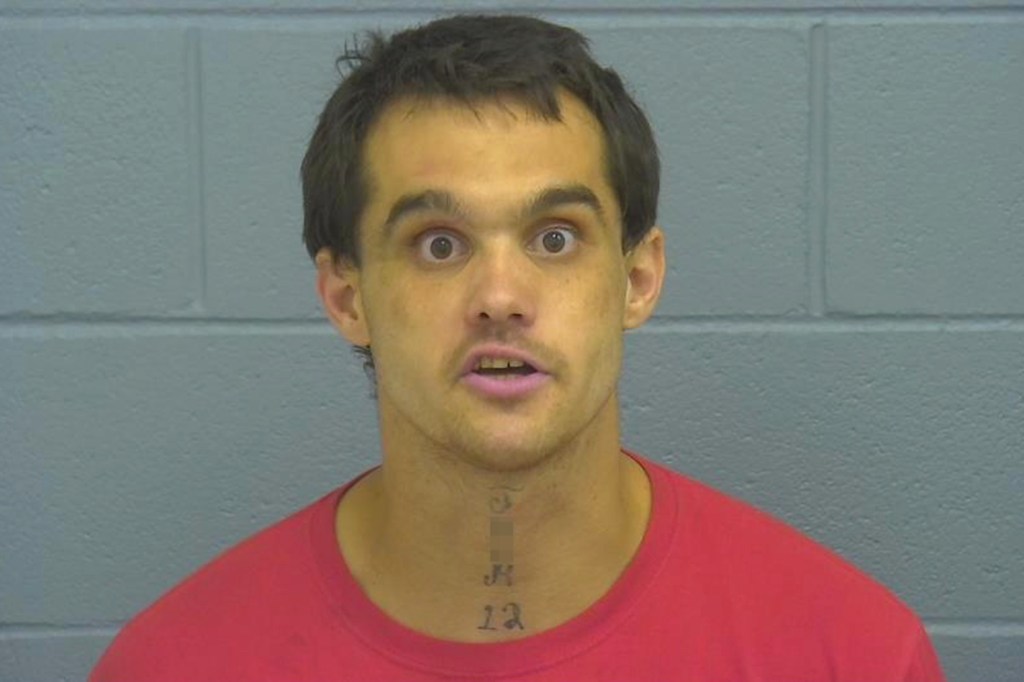 A Missouri guy stole a bank using a letter scribbled on the back of his own birth certificate while wearing an ankle monitor for an earlier violation.

Michael Conley Loyd, 30, pled guilty to robbing a Bank of America branch in Springfield last summer and stated that he committed it to “prove a point” to his partner, although it is unclear what point he was trying to make.

Friday in federal court, Loyd pled guilty to one count of bank robbery, according to a Department of Justice news statement.

In July, Loyd stole $754 from the local Bank of America branch by presenting a teller with a message on the back of his birth certificate that stated “Give Your Money Now. Don’t Say Anything. I Have A Partner Outside.”

Michael Conley Loyd admitted to stealing over $800 from a local bank and entered a guilty plea.
Jail in Greene County

After receiving the cash and letter from the teller, Loyd exited the bank and drove away in his roommate’s black Dodge Ram pickup truck.

Shortly after the robbery, the boyfriend of Loyd’s roommate informed authorities about Loyd, and they were able to find him at the Lazy Acres Mobile Park, where he resided.

As he drove away from the bank, Loyd observed police cars responding to the heist, which caused him to become so terrified that he tossed the money, along with his birth certificate and identification, out of the truck. Then, he reportedly contacted his roommate to inform her that her truck had been taken and to listen to the police scanner.

According to WKRC, Loyd told investigators that he and his boyfriend had a dispute that day and that he stole the bank to “make a point.”

Additionally, bank surveillance footage revealed that Loyd was there throughout the heist.
Google Maps

On the same day, Loyd allegedly waived his Miranda rights and confessed to the heist, according to the authorities.

Investigators compared a previous booking photo of Loyd to security images obtained from the bank during the heist, and then tracked his ankle monitor to prove he had been present at the bank.