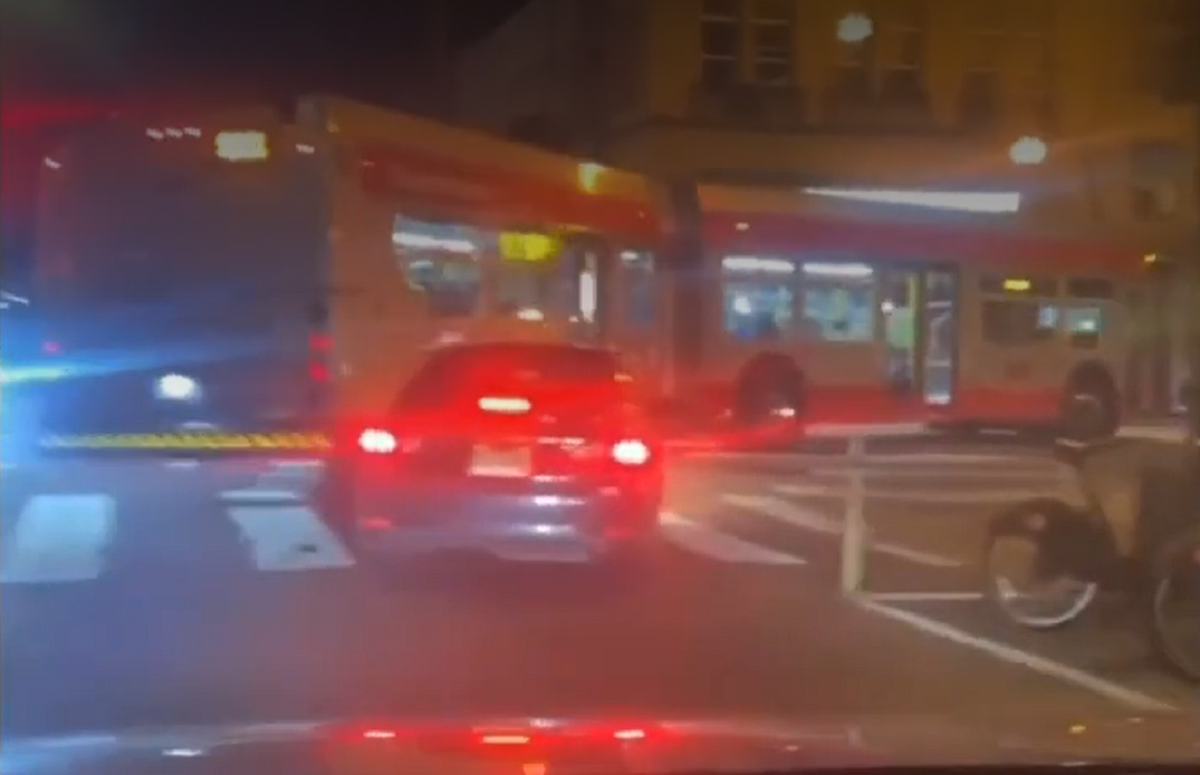 During Thanksgiving weekend, a guy in California stole a city bus and assaulted its driver while on a violent joyride.

Friday night, Kron4 got a video of an erratic vehicle speeding across the streets and swerving into opposing lanes before coming to a stop.

According to the San Francisco Chronicle, the suspect was identified as Rickey Rene Dancy, 34.

In the roughly two-mile-long “commute” through one of San Francisco’s oldest districts, the Mission District, police claim that Dancy, 34, collided with about ten automobiles.

At the time of the occurrence, the MUNI bus was devoid of people.

Dancy was arrested and put into a San Francisco County jail on about 17 counts, including felony carjacking, felony avoiding an officer with intentional disregard, and felony DUI causing harm.

According to authorities, the bus driver was treated for a non-life-threatening injury.

No bail or court date has been set for Dancy as of early Sunday morning. No reason has been provided for the hijacking.

The Muni Transportation Agency is responsible for transportation, roadways, and taxis in San Francisco.