Skip to content
Home » News » News » A man has been rescued from floodwaters in the Mount Isa suburb of Soldiers Hill. 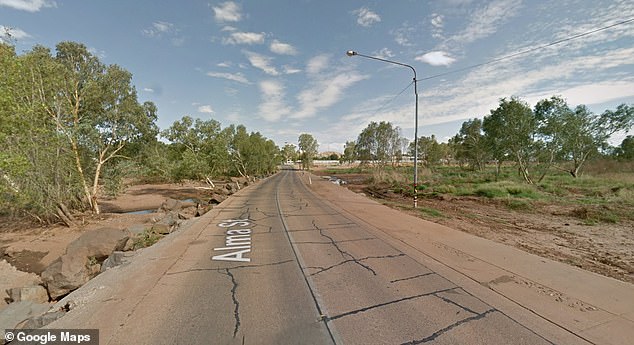 A man has been plucked from floodwaters in northwest Queensland and calls for help are rising as a massive downpour sets in over the state’s north.

A Queensland Fire and Emergency Services swiftwater rescue team helped the man in his 20s to safety after he got trapped in floodwaters in Soldiers Hill, a suburb of Mount Isa, about 11pm on Monday.

The man managed to cling to reeds along the river for half an hour.

A severe weather warning has been issued from Townsville west to Cloncurry, and from Croydon in the north and south to Blackall.

The Bureau of Meteorology has warned flash-flooding is likely with six-hour rainfall totals of 60-100mm forecast from Wednesday.

Heavy rainfall is unusual outside the wet season, and some areas are set to be hit with 10 times the monthly average for May in just 24 to 48 hours.

The BOM says six-hour falls of up to 150mm are also possible in the Central West and North West districts.

‘Locally intense rainfall with embedded thunderstorms which may lead to dangerous and life-threatening flash flooding is also possible for the Central West and parts of the North West districts,’ the forecaster said in an alert.

QFES assistant commissioner Andrew Short says emergency services had responded to 39 calls for help in the 24 hours to Tuesday morning, but the most intense downpours are yet to come.

‘We think that that’s going to go up over the coming … two to three days, we know that in fact,’ he told ABC Radio on Tuesday.

‘And we had a single rescue out at Mount Isa, where a person found their way into floodwaters.

‘So that’s where we are right now. But we believe that because of the what’s playing out in front of us, then we’re going to see those numbers go up.’

r Short said people could still get themselves into trouble and urged people not to drive into floodwaters.

‘So we’re looking for people to be a bit considerate of others (before) getting involved in these situations.’