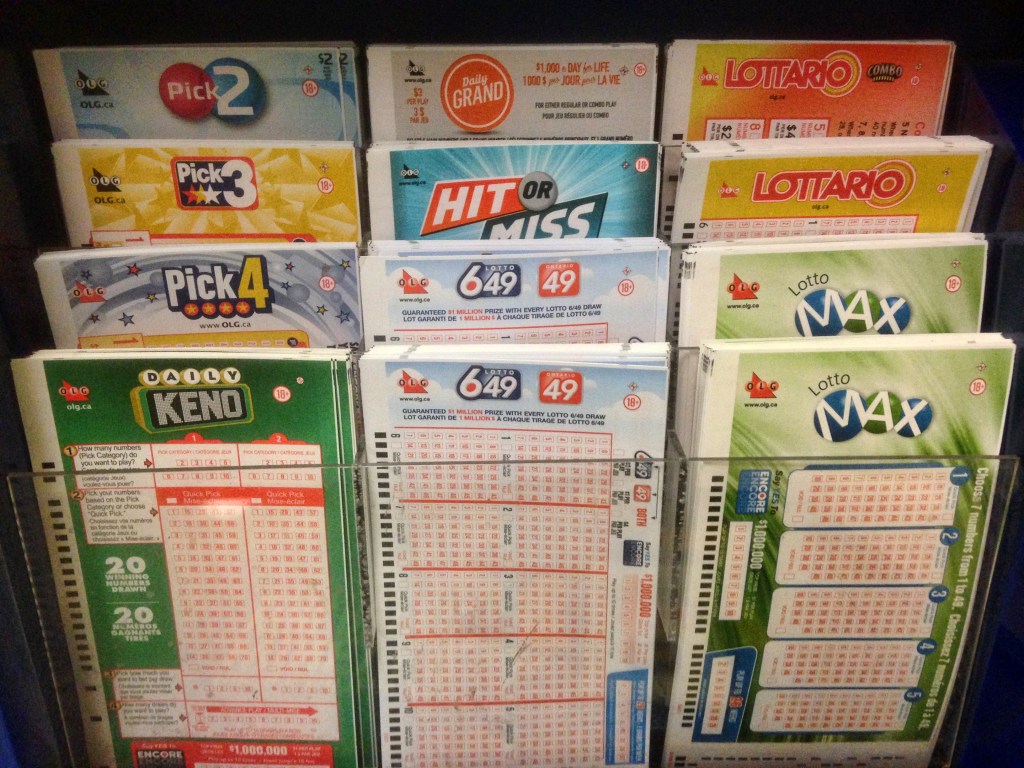 It is a well-told narrative that families are thrown into turmoil when they win the lotto.

One young Canadian lady, however, poked at a major moral sore after checking tickets for her uncle and then considering the notion of keeping for herself big gains from free plays.

Recently, the lady asked on an online forum, “Am I the jerk?” – disclosing what she had done.

It all began when her estranged uncle unexpectedly phoned her and asked if she could verify the tickets he had purchased while in her region.

She said that he could not do it himself online since his IP address indicated he was in a different province.

She consented, and he then gave her images of the tickets.

Unbeknownst to her until she checked them on an app, her uncle had won several free plays.

A file picture of Canadian lottery tickets sold at a kiosk in Toronto.
NurPhoto courtesy of Getty Images

“If I had purchased the original ticket, everything would be OK,” she remarked.

“However, I fear I’ll be an idiot if I don’t contact my uncle and offer to divide the award.

I.e., the tickets/free plays were meaningless to him without me, and I chose the winning ticket, but I’ve never paid for lottery tickets.

The lady then informed the forum that she was considering informing him that she had won money, but for a smaller sum, and then keeping the difference.

Then, in the worst-case scenario, I’m the wonderful niece who won $3,000 and donated it all to my relative, and I still have enough money to pay for the majority of a new heating system.

In an effort to demonstrate mitigating circumstances, she stated that she and her uncle “were not close.”

A table covered with a selection of Canadian lottery games.
Shutterstock

As a disclaimer, she stated, “I mean, we’ve seen each other twice in the previous 15 years, once at a wedding and once at a funeral.”

Nobody on that side of the family is close to me, so excluding them is, well, our present scenario.

The lady finally decided to confess to her uncle, suggesting that the woman’s better nature won out.

She said, “I’ll text him in the morning, I honestly don’t care that much about money, and I’d rather have good karma.”

“I’ll see what he wants done, and if he wants everything, I’ll propose keeping a few dollars for my labor, say $20, and calling it a day.”

However, her brief analysis of greed set the forum’s ethical discussion into overdrive.

“You are a huge a—hole. That money is not yours, and it’s evident you’re not glad to aid others if you’re contemplating taking money they’ve won, bemoaned one.

“You technically did nothing illegal if you did not discuss what to do with any prospective profits. On the other hand, you only obtained the lottery tickets because of him, therefore if I were you, I would offer him half of the prizes,” suggested a more sympathetic individual.

“Personally, I would contribute half since I would hate for something like this to come between my family (we all know what money can do to certain people), but she is under no duty to do so, so it’s still a good gesture to offer,” said another.

»A lottery win by a family member divides the internet«