Skip to content
Go Home «» News «» Breaking News «» A kayaker is rescued after two days clinging to a buoy in strong waves, eating seaweed and crabs 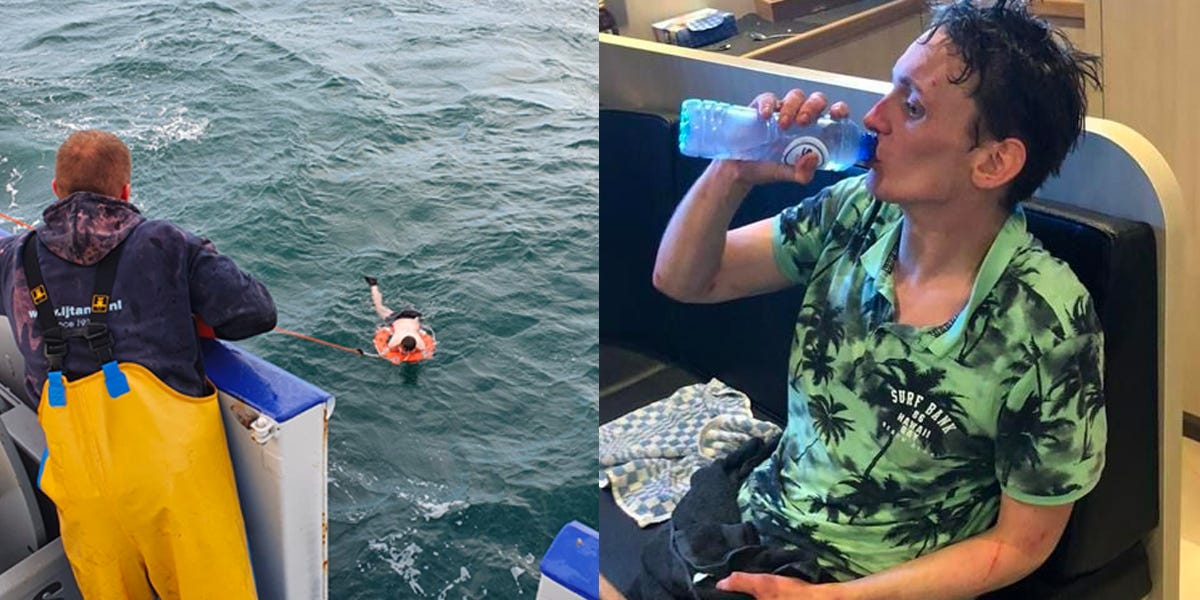 According to reports, fishermen rescued a British kayaker, age 28, after he spent 48 hours clinging to a buoy in the English Channel and surviving on eating seaweed, mussels, and crabs.

Teunis de Boer, the captain of a Dutch fishing vessel, told De Telegraaf, a Dutch newspaper, according to BBC News, “I picked up the binoculars and saw a young man in his swimming trunks waving at us like a lunatic.” The skipper informed Dutch media that he was plainly in anguish.

The French maritime prefect for the Channel and North Sea stated in a statement to the BBC that he had departed Dover approximately two days before to his rescue on Friday morning.

According to a Facebook post cited by ITV News, the crew hauled the man into the boat and wrapped him in blankets after realizing he was dehydrated and suffering from hypothermia.

The stranded kayaker survived by eating seaweed, crabs, and mussels he found attached to the buoy he was holding to, according to De Boer, who was quoted by BBC News.

The captain told Dutch media: “It’s a miracle he survived.”

The English Channel is one of the world’s busiest maritime channels.

A video uploaded to Twitter by @EMKvissers depicts the man being evacuated to the hospital by the French coastguard following the rescue. At this moment, he is completely clothed and able to make heart-shaped waves to the crew on board.

De Boer reported that the fatigued kayaker was unable to communicate when he was rescued from the water. LBC stated, “He was too weak to speak, so he made heart gestures with his hand at us.”

The skipper stated, “We are just delighted that we can do something for our fellow humans.”

De Boer told De Telegraaf, “People then believe you should quickly put someone under a warm shower, which is entirely erroneous; you must warm someone up as naturally as possible.”

The kayaker’s identity remains unknown at the time of writing.

»A kayaker is rescued after two days clinging to a buoy in strong waves, eating seaweed and crabs«