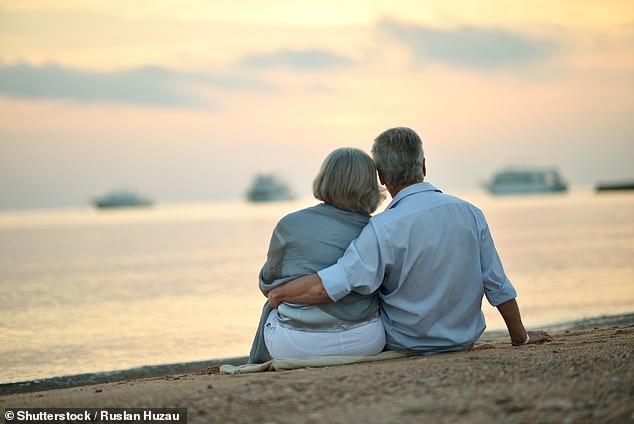 Even though the couple has $7 million in assets, a frustrated woman has disclosed that her husband would not allow her to retire with him.

Christina, who did not provide her surname, is in her mid-50s and said that she has been obliged to continue working despite the fact that her husband, who is in his 60s, is already retired.

She said that she was prepared to throw in the towel and leave her work so that she and her husband could begin to enjoy their hard-earned money.

Her husband has informed her that she must continue working because he fears they will run out of money.

“I just don’t know how to sit down and work out when ‘enough is enough’? How do I get my husband to see my point of view?”

Christina expressed her dissatisfaction in a Q&A with Barefoot Investor Scott Pape.

Mr. Pape said that the couple had more than enough money to retire comfortably with a $500,000 annual passive income.

“And if he still doesn’t listen to your concerns, you could gently tell him you could live off $250,000 a year — which is what you’d get if you divorced him,” he wrote.

“Not that you ever would, of course.”

Mr. Pape has disclosed that citizens require just a portion of their superannuation funds in order to retire.

Mr. Pape said that employees might retire with hundreds of thousands of dollars less based on studies conducted by Super Consumers Australia, a partner of CHOICE.

The organisation believes that a single individual must save around $302,000 and a pair must save approximately $402,000. This is contingent upon not paying either a mortgage or rent.

The Association of Super Funds Australia estimates that individuals would need $545,000 and couples will need $640,000.

According to ASFA, a “comfortable” retirement entails the ability to pay for private health insurance, TV and streaming services, a dependable automobile, house maintenance, frequent outings to restaurants and the movies, and professional haircuts.

With at least $545,000 in funds, retirees may take one domestic vacation every year and one international trip every seven years, according to the statistics.

Those who can only afford a “modest” retirement with $70,000 in savings might anticipate one domestic trip per year and “a few short breaks.”

A “modest” retirement entails “infrequent” cinema visits and takeout dinners, a restricted budget for house maintenance, and a less expensive and older vehicle.