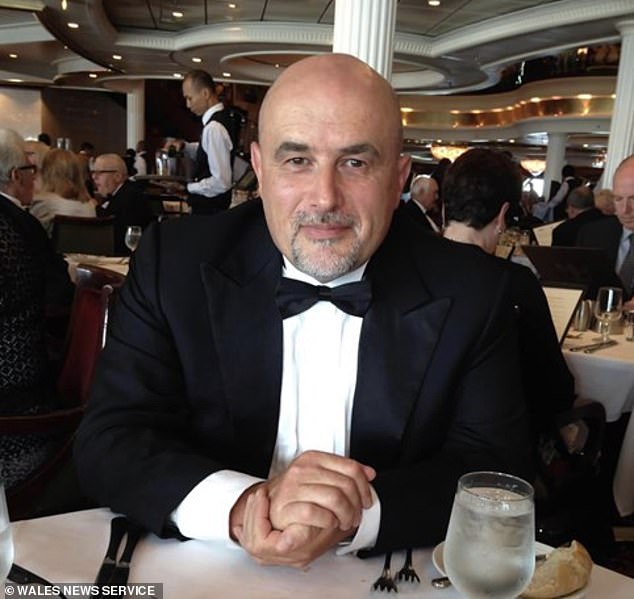 A devoted paramedic was killed by a tree he was felling with a chainsaw he was testing on his day off, and his body was discovered by a colleague responding to a 999 call.

In Criccieth, North Wales, 57-year-old grandfather Robin Parry Jones was cutting down a large tree when it fell on him, pinning his body beneath it.

A dog walker discovered him unconscious under a large tree in a remote field, where he had been trapped for hours, according to an inquest.

Tragically, the father of two was already deceased when a fellow first responder from the ambulance service visited the scene in response to a 999 call.

PC Dylan Roberts stated at the hearing that Mr. Parry Jones was “lying beneath one of the branches with the tree directly on his chest.”

The Caernarfon inquest heard that he was unable to free himself because “his arms and hands were also beneath the branch.”

57-year-old grandfather Robin Parry Jones was felling a large tree in Criccieth, North Wales, when it fell on him, crushing his body.

The hearing was informed that Mr. Parry Jones had been cutting down a tree for a friend since the early hours of June 23 and was not discovered until 9:40 p.m. that evening.

The field was located on a back road close to the coastal city of Criccieth.

Mr. Parry Jones had been granted permission by the landowner to cut down a tree in order to test his chainsaw prior to purchasing a replacement.

The emergency worker’s wife Bethan and two children from Dinas, near Caernarfon, are described as devastated by the tragedy.

He was an avid fisherman and dog lover, and he even started a dog grooming business when he wasn’t saving lives.

Sarah Riley, the coroner, stated at the inquest that a post-mortem examination revealed the likely cause of death to be “asphyxiation due to the weight of a large tree on the torso.”

Mr. Parry Jones enjoyed fishing and loved dogs so much that, when he wasn’t saving lives, he started a dog grooming business.

Ms. Riley drew a conclusion of accidental death, stating, “Mr. Jones received authorization from the landowner to cut down trees on their property for his personal gain.” This is not a work-related death as he was not employed by them to do this work.

The deceased’s body was discovered beneath the fallen tree. I’ve seen photos from the scene that confirm this to be true. It appears that while Mr. Jones was cutting the tree with a chainsaw, the tree fell, trapping him.

It landed directly on his chest, limiting his ability to breathe. His death was unanticipated and unintentional.

According to health officials, Mr. Parry Jones worked for the Welsh Ambulance Service for more than 20 years, beginning as an apprentice ambulance technician before becoming a paramedic.

Jason Killens, chief executive officer of the Welsh Ambulance Service, stated, “Robin was a well-respected, lovable, and cheerful member of the Pwllheli community.”

He was one of the original “champions” of community first responders, a true advocate for volunteers who became an integral link between volunteers and local stations.

Health officials reported that Mr. Parry Jones had worked for the Welsh Ambulance Service for more than two decades, beginning as a trainee ambulance technician and advancing to the position of paramedic.

“Robin, a native of Caernarfon, had a genuine interest in community resilience, and his willingness to support volunteers on his own time was indicative of his character.

Robin was an avid fisherman and a member of the local shooting community along with his colleagues from Pwllheli in his spare time.

The sudden and tragic loss of Robin will be felt by all who knew him, and we extend our deepest condolences to Robin’s family, friends, and coworkers during this difficult time.

Every day, all of us at the Welsh Ambulance Service contribute to the effort of saving lives, but we can never be sufficiently prepared to aid our closest loved ones.