Skip to content
Go Home «» News «» Breaking News «» ‘A Fabled Holiday’ on Hallmark is the Closest We’ll Get to a Stephen King Christmas Romance. Stream It or Skip It 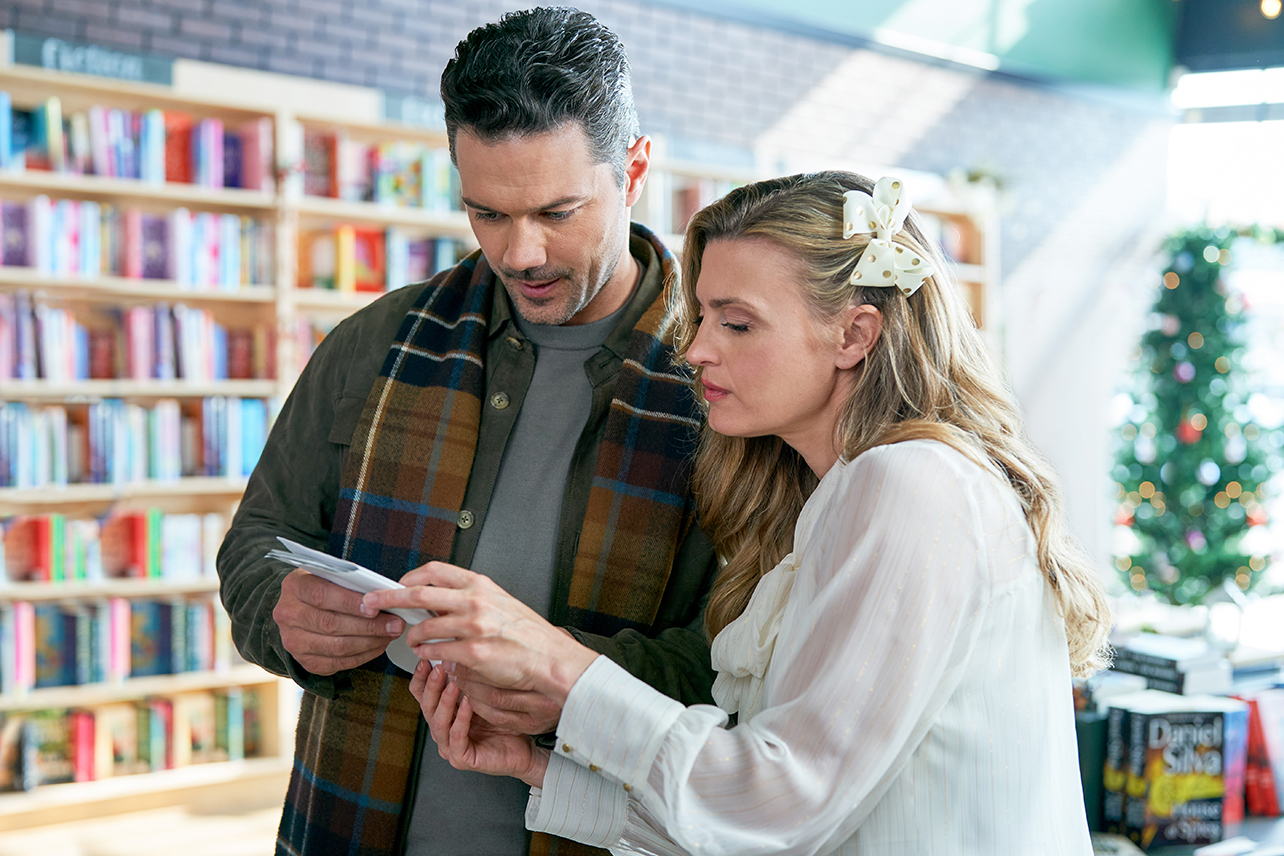 Hallmark explores the realm of fairytales with A Fabled Holiday, a spooky addition to the Countdown to Christmas program. Brooke D’Orsay (A Dickens of a Holiday!) and Ryan Paevey (Coyote Creek Christmas) play childhood pals reunited via the power of a fairy tale. But does this film successfully depict a fairytale romance? Or should Hallmark remain firmly rooted in its own sense of reality?

Brooke D’Orsay portrays Talia, a bookshop owner whose ambitions to become a best-selling novelist have been shelved. Her stories are simply not daring enough for publishers! Ryan Paevey portrays Anderson, a surgeon seeking a little respite from the pressures of his profession. Oh, and Talia and Anderson were childhood friends and admirers of the legendary Wunderbrook Christmas Story, a fantasy storybook that Talia’s father had given to her just before he passed away.

Now, thirty years have gone, and a fortuitous encounter in Talia’s bookstore has reunited these long-lost friends. Unbeknownst to them, circumstances beyond their control have led them and a few other errant guests to the Gingerbread Inn in Wunderbrook’s lovely and friendly hamlet. Does this sound familiar? Will the town’s mayor and his family be able to lead Talia, Anderson, and the other visitors back on course, or will they leave the inn unaltered — and maybe bring Wunderbrook’s enchantment to an end?

What Films Does It Remind You Of? : Um, individuals caught up in the events of a fictitious village that has suddenly become real? A Fabled Holiday is not an adaptation of In the Mouth of Madness by Hallmark. There’s a definite creepy atmosphere to Wunderbrook – although eerie by way of Hallmark. Still, Mayor Miles (John Murphy), Judy (Rochelle Greenwood), Izzy (Daphne Hoskins), and Mildred (Patti Allan) behave in a manner reminiscent of Stephen King or the Endless from Sandman. They all feel as though they are beings stuck in an eternal loop, compelled to perform parts over which they have no control… but in an upbeat Hallmark manner.

I must give credit to John Prowse, who portrays the old widower Charles, for a performance that is worth observing. He may be a supporting character, just one of the inn’s guests, but he performs the role with the intensity of a starring character. I would even go so far as to suggest that his character development is more intriguing than those of Talia or Anderson.

It’s not quite innovative, but Judy’s line to Charles, “You still deserve to experience happiness,” is memorable.

Every day is magical in Wunderbrook, but the week before Christmas is known as Wonder Week. This features a tree lighting, a Christmas market, and festiva, as well as an ominous-sounding “procession” and a “Night of Wonder” celebration, all of which contribute to the film’s cheerful Midsommar atmosphere.

Hallmark’s Inventing the Christmas Prince notably includes a fable created by the protagonist (Tamera Mowry-Housley). Oh, and the protagonist’s daughter believes her grouchy employer to be the prince from that fairy tale.

Does the Title Make Sense? : A Fabled Holiday conveys a bit of the fairytale atmosphere, but it would be preferable to be a bit more precise. Might A Wunderbrook Christmas Fable have been successful? Who can say?

With this year’s Hallmark movies, it’s been entertaining to identify the instances in which the narratives go off the trodden path and into the woods. A Fabled Holiday begins in the manner of a traditional Hallmark film: Talia desires to be a writer, but instead operates a little company. Obviously, her best friend is a big-selling novelist. And the only person who has ever truly believed in her work is her childhood best friend Anderson, who has unexpectedly returned to her life. In an alternate version of this film, Talia and Anderson reconnect as adults, and as their romance blooms, Talia recognizes that this is the basis of a fairytale romance that may attract the attention of publishers. Then, I don’t know, Anderson would find Talia’s manuscript and assume she was just seeing him for the narrative, but she’d turn down the publisher’s offer and they’d get back together, and Talia would self-publish a book, which would become a bestseller, etc. etc. etc. I’m simply riffing here.

In any case, that does not occur in A Fabled Holiday.

A Fabled Holiday, much like the other Hallmark films I’ve watched this year, rapidly takes a spooky turn, after which, well, all bets are off. The village of Wunderbrook, and its residents in particular, are so intriguing and prompt so many questions, far more than I’ve ever questioned about a Hallmark movie. In fact, there are too many questions concerning the origins and regulations of Wunderbrook to be explained in a single Hallmark film, which may hinder your enjoyment. I was thrilled to see a story like this in a Hallmark movie, especially with Patti Allan’s Mildred. Her portrayal is filled with danger, and she comes across as a true, fairytale-style threat. Nonetheless, Mildred has layers, and it’s quite fascinating to watch them peeled away.

I enjoyed Brooke D’Orsay’s portrayal of a nice, low-key odd woman with a vivid imagination who is desperate to solve this mystery. As far as Hallmark films go, this is one of the disadvantages of A Fabled Christmas: if you’re looking for a grand holiday romance, you won’t find it here. Certainly, Talia is a well-rounded character, but Anderson falls a bit short. Paevey portrays Anderson’s disappointment and exhaustion with his profession effectively — maybe too well, as Anderson lacks the screen presence of Talia.

But if Hallmark has proven anything this year, it’s that romance does not have to be the only compelling aspect of any of these films. Whereas Talia and Anderson’s plot may meander, the magical portions of A Fabled Holiday, particularly the Mildred/Charles plot, soar. This is not a traditional Hallmark story, but none of them are this year.

Our Call: STREAM IT, and I’d even cross my fingers and hope for a sequel next year that explores more.

»‘A Fabled Holiday’ on Hallmark is the Closest We’ll Get to a Stephen King Christmas Romance. Stream It or Skip It«