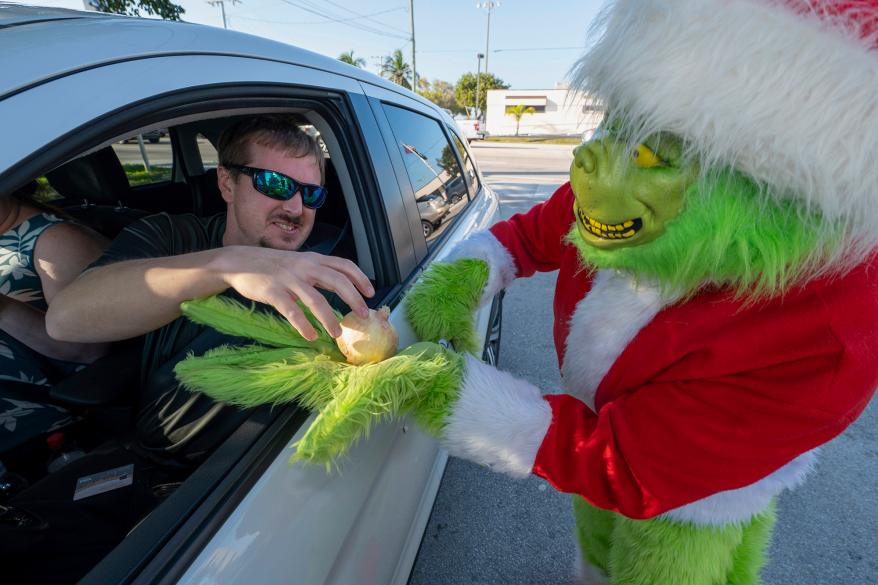 Several drivers who were speeding through an elementary school zone on the Florida Keys Overseas Highway received an onion from a county sheriff’s deputy costumed as the Grinch as a warning to calm down.

Col. Lou Caputo, a 37-year Monroe County Sheriff’s Office veteran who conceived the concept more than two decades ago, was back on the streets on Tuesday.

Drivers who exceed the school zone speed limit by fewer than five miles per hour may pick between receiving a traffic penalty or receiving an onion from the Grinch. Those who exceed that speed will certainly face an expensive citation.

“It’s about educating and raising awareness that school zones are still active over the holiday season,” added Caputo. We urge individuals to slow down.

Caputo stated that he portrays the fictional character invented by children’s author Dr. Seuss to offer motorists a “present” and to draw attention in a friendly manner to the need to observe speed restrictions in school zones.

“It catches them by surprise,” stated Caputo.

“However, when given a clear choice between a citation and an onion, they will choose the onion.” And I’ve had them consume the onion in my presence.”

Keys schools are in session until December 16.