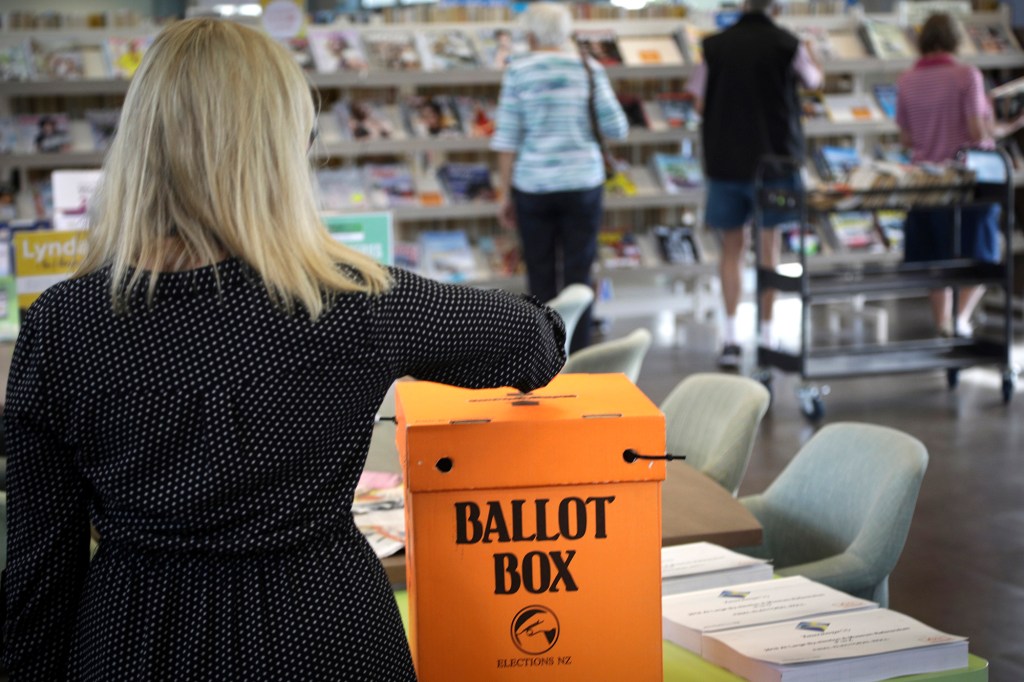 After the country’s high court determined that the present voting limit of 18 years old is discriminatory, New Zealand’s politicians will discuss reducing the voting age to 16.

Monday, the Supreme Court found that the present statute was incompatible with New Zealand’s Bill of Rights, which prohibits age discrimination after the age of 16.

The verdict marked the conclusion of a two-year court struggle led by the advocacy organization Make It 16.

On April 27, 2018, in Tauranga, New Zealand, a by-election election is held. The country’s Bill of Rights prohibits age discrimination against people older than sixteen.
AP

“This is history,” stated co-director of Make It 16 Caeden Tipler, adding, “The administration and the legislature cannot disregard such a clear legal and moral message.” We must be allowed to vote.”

Advocates said that there was no need to deny 16- and 17-year-olds the right to vote since they are legally permitted to drive and perform full-time jobs that compel them to pay taxes.

The court’s decision initiates a procedure in which the subject must be debated in parliament and assessed by a select committee.

Prime Minister Jacinda Ardern of New Zealand stated that a motion to lower the voting age to 16 will be developed prior to being presented to a vote.

“I personally favor a reduction in the voting age, but it is not up to me or the government alone; any change in electoral legislation of this sort requires the backing of 75% of parliamentarians,” she stated.

The Green Party is in favor of decreasing the voting age, whilst the National Party, the largest opposition party, is opposed.

Christopher Luxon, head of the National party, stated, “Clearly, we must draw a line someplace.” “We’re okay with the age limit being 18.” Numerous nations draw the boundary at various ages, but from our perspective, 18 is acceptable.

Before the age of 18, New Zealanders cannot purchase alcohol without parental authorization, and they must be 17 to join the military.