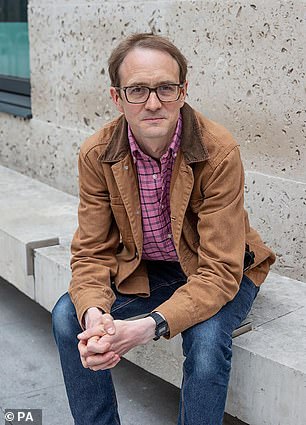 More than one hundred VIPs, including BBC’s Chris Mason, former Chancellor Philip Hammond, and football leader Michel Platini, were allegedly targeted by a criminal ring with ties to the City of London, according to a bombshell report released last night.

According to a joint investigation by the Bureau of Investigative Journalism and The Sunday Times, the so-called “hack-for-hire” network is suspected of hacking the private email accounts of a number of British lawmakers, government officials, journalists, and companies.

Mr. Mason was allegedly targeted in May, barely three weeks after he was named political editor of the Corporation.

Meanwhile, Mr. Hammond was allegedly targeted by Russian agents in Salisbury in 2018 after Sergei Skripal and his daughter were poisoned with a Novichok nerve weapon.

Michel Platini, the former leader of European football, was allegedly hacked just before he was scheduled to appear with French authorities about corruption allegations surrounding the World Cup in Qatar.

And Ms Truss’ chief of staff, Mark Fullbrook, was reportedly another high-profile victim, as were the emails of Formula One motor racing executives Ruth Buscombe and Otmar Szafnauer.

He told The Sunday Times, “It portrays a gloomy picture of a criminal hacking network that undermines justice and privacy in the United Kingdom and around the world.”