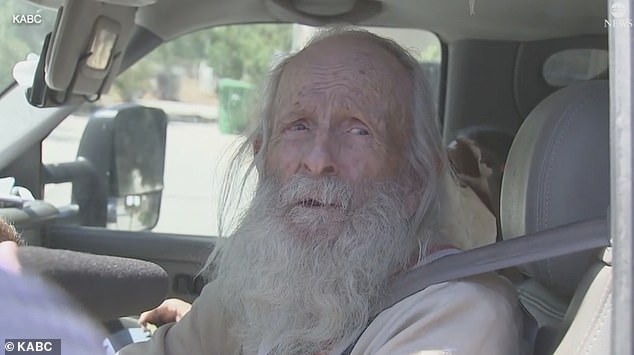 After a gang attempted to break into his home in the Los Angeles region on Wednesday, a 93-year-old man shot one of the burglar and badly injured him.

The attempted robbers were repeatedly told that retired plumber Joe Howard Teague had a revolver, but they nevertheless came closer and threw objects at him.

Teague told reporters outside his Moreno Valley home yesterday: ‘I approached them to put them under citizen’s arrest.

‘They wouldn’t adhere to that and then one of them came at me with a fishing pole.

‘It was just like somebody comes to a gunfight with a pocketknife, you know’, ABC reported.

Around 12.30 pm, one kicked in his door and entered his house, causing Teague to dial 911. While he awaited the arrival of the police, he attempted to hold them at gunpoint.

Police detained Teague and interrogated him before releasing him.

The Central Homicide Unit was assigned to the case because the suspect was in a critical state.

Officials from the sheriff’s office stated that although the shooting appeared to be justifiable, the investigation is still ongoing.

The remainder of the gang escaped, and no more arrests have been reported.

He told KABC Los Angeles: ‘He took the law into his own hands.

‘He was tired because every time he calls the police, the police were taking forever to come and assist him.

‘And now this happened in the middle of the night.

‘He was defending his property. That happened inside of his home. So, I don’t think there would be any reason for him to be arrested.’