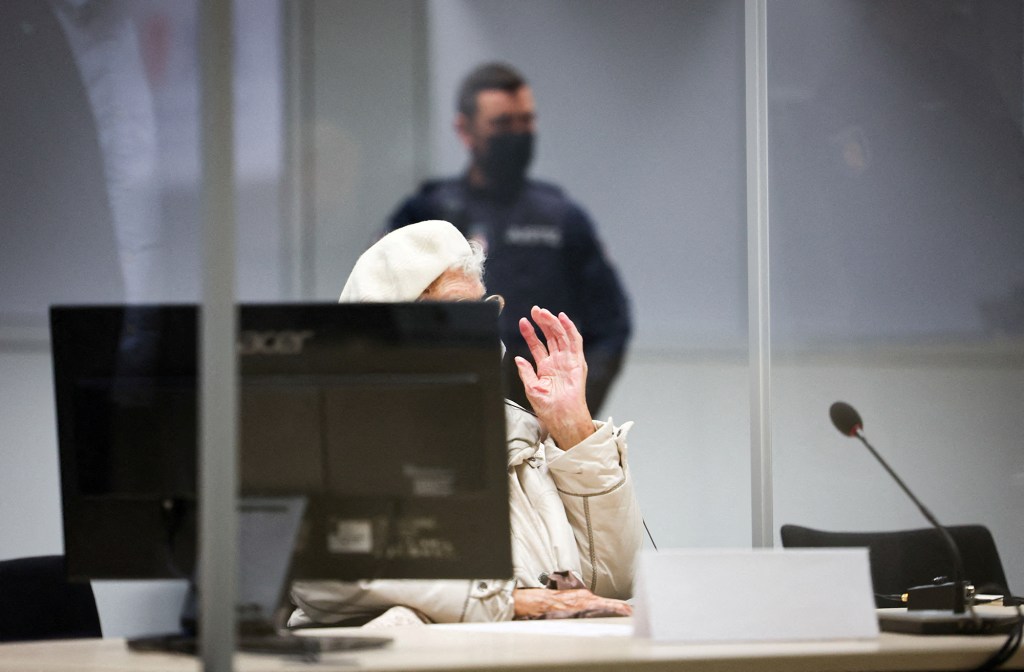 A German court has sentenced a former Nazi concentration camp typist dubbed as the “Secretary of Evil” for her role in more than 10,000 murders during the Holocaust.

BBC reported that Irmgard Furchner, age 97, was found guilty on Tuesday of participation in the murders of 10,505 individuals at the Stutthof detention camp outside Gdansk, Poland, where she worked as a typewriter and stenographer from 1943 to 1945.

Furchner, who was tried as a juvenile because she was under 21 when she worked at the camp, was given a two-year prison sentence with two years suspended.

Judge Dominik Gross of the Itzehoe Regional Court in northern Germany decided that Furchner was aware of the camp’s deadly aims, despite her attorneys’ repeated denials.

Furchner broke her silence on her stay at Stutthof earlier this month, following several months of court procedures that were previously delayed by her escape attempt in September 2021.

“I apologize for everything that occurred,” she told the court while wearing a mask and sunglasses. “I regret being at Stuthof during that time.”

In 1939, Stutthof, the first Nazi camp constructed outside of Germany, opened. According to the United States Holocaust Memorial Museum, the majority of detainees were non-Jewish Poles, while many thousand Jews from Warsaw and Bialystok were also incarcerated.

During her time as a secretary, Furchner worked closely with Stutthof’s commandant, Paul-Werner Hoppe, who was imprisoned in the late 1950s as an accomplice to murder. Previously, historian Stefan Hordler testified that Hoppe’s office was the “nerve core” of the concentration camp’s atrocities.

During the hearings, Hordler and two judges visited Stutthof twice, and it became evident that Furchner would have witnessed the appalling conditions from the commandant’s office.

The official conclusions were supported by the testimonies of Stutthof survivors, who are now in their eighties and nineties.

Risa Silbert, 93, told the court in August, “If she served as the commander’s secretary, she understood exactly what happened”

In addition, 84-year-old Josef Salmonovic, whose father was murdered in Stutthof, traveled from Vienna to testify. In December of last year, he informed reporters that Furchner was “indirectly responsible.”

He stated, “[She is guilty] even if she simply sat in the office and stamped my father’s death certificate.”

Manfred Goldberg, a survivor, noted that the two-year suspended sentence sounded like a lenient punishment after Tuesday’s decision.

“No sane person would imprison a 97-year-old, but the sentence should match the gravity of the offenses,” he told BBC.

“If a shoplifter receives a two-year term, how can someone guilty of participation in 10,000 killings receive the same punishment?”

The judge stated in his presentation to the court that Furchner’s trial would be “one of the last criminal cases globally relating to Nazi-era crimes.”

Furchner’s conviction is the latest in a string of similar cases that have made their way through German courts in recent years. It comes at a particularly tense time, as anti-Semitic violence and hatred are on the rise in the United States.

The entryway to Walt Whitman High School in Bethesda, Maryland was defaced with the words “Jews not wanted” last week. A Jewish guy was also assaulted and called anti-Semitic slurs by an anonymous assailant shouting “Kanye [West] 2024” in Central Park. This fall, the rapper grabbed headlines for a series of anti-Jewish diatribes.