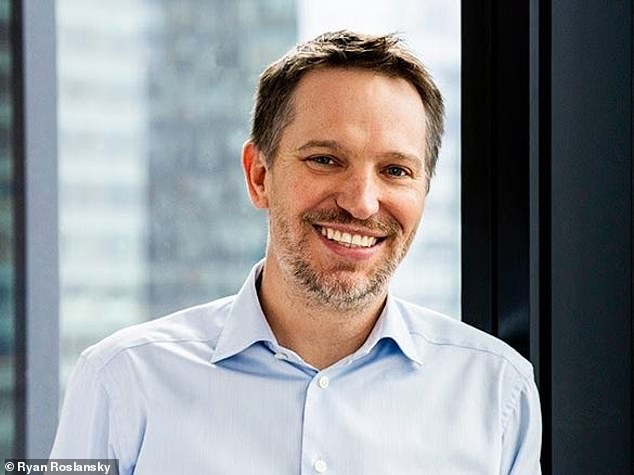 Microsoft surveyed over 20,000 employees from 11 countries and found that managers and employees have fundamentally different opinions towards working from home.

Microsoft CEO Satya Nadella told the BBC that this tension must be overcome because it is unlikely that companies would ever return to their pre-pandemic work patterns.

‘We must overcome what we refer to as ‘productivity paranoia,’ because all of the data we have indicates that more than 80 percent of individuals believe they are highly productive, when their management believes they are not.

This indicates that there is a significant gap between their expectations and how they actually feel.

The survey revealed that 87% of employees felt they worked as efficiently or more efficiently from home, whereas 80% of managers disagreed.

A large new survey reveals that managers believe their employees are less productive at home, while employees believe they are more productive. Microsoft’s Chief Executive Officer Satya Nadella is shown.

The poll revealed that 87% of respondents thought they worked as efficiently or more efficiently from home.

Employees are reluctant to revert to their pre-Covid working patterns as a result of the divide.

Microsoft claims that Microsoft Office productivity signals continue to increase by the trillions, which appears to confirm workers’ stance.

Nonetheless, 85 percent of managers reported that the transition to hybrid work has made it difficult to have faith in their employees’ productivity.

This, according to the tech giant, has prompted some companies to utilize tracking technology to measure how productive their staff are. This, in turn, destroys trust and leads to ‘productivity theatre,’ in which people make an effort to appear active.

Mr. Nadella and Ryan Roslansky, the CEO of Microsoft-owned LinkedIn, told the BBC that this is the greatest upheaval in employment patterns in history.

Microsoft stated that when employees are not in the workplace, managers lack the visual indications of productivity and get worried that people are not working as hard as they could be.

The CEO of LinkedIn, Ryan Roslansky, suggests that the peak of remote working positions may have passed.

The company cautioned that this type of fear might render hybrid working untenable.

According to the report, 81 percent of employees believe it is crucial for their managers to help them prioritize their task, yet less than a third think their supervisors have never provided clear direction during one-on-ones.

Mr. Roslansky told the BBC that remote working opportunities may have reached their zenith, as just 15% of employment offered on LinkedIn are remote positions, compared to 20% just months ago and 2% before to the epidemic.

One-sixth of white-collar workers want to leave their jobs this year because their company is pressuring them to return to the office, according to research published earlier this year.

According to a poll of 1,000 employees conducted by the messaging service Slack, 29% of workers are considering a job change this year, with those in legal employment, IT and telecoms, sales, and media and marketing being the most likely to make a transfer.

While the most prevalent reason mentioned was a lack of wage increases and bonuses, one-sixth of those surveyed (16%) listed being forced back into the office as a reason for wanting to quit.

An earlier study indicated that 20% believe their manager favors in-office workers over those who work remotely (Pictured: Workers commute to work in London Bridge 2022)

Moreover, 20% believe their supervisor favors individuals who work in the office over those who work remotely, according to the survey.

Companies that offer hybrid or remote work are less likely to be harmed by resignations, with nearly a third of respondents stating that flexible work rules encourage them to remain in their current position.

A third of workers polled reported postponing their resignation in the past year due to anxiety regarding the impact of the epidemic on the labor market.

As the nation emerged from the pandemic, a number of large corporations adopted ‘hybrid’ and ‘blended’ working arrangements to entice people back to the office.

In an effort to provide a boost to the numerous city-centre firms that rely on commuter commerce, some have expressed a desire to encourage more workers to come into the office more frequently.

As the cost of living problem continues to impact families across the country, it is possible that some employees will return to the office in an effort to reduce their energy expenses.

The Telegraph claims that energy specialists Cornwall Insight expect that monthly expenses would increase to £5,400 in January and £6,600 in the spring.

The average British worker is in the workplace one and a half days per week; therefore, remote workers will likely incur a higher January energy cost of £789 than those who commute to the office.

According to the consultancy Advances Workplace Associates, average workplace attendance in UK offices is 29%.

In July, the Office for National Statistics reported that 37% of Londoners were working remotely, compared to 14% before the pandemic.

Everyday energy consumption can drastically increase monthly costs. Under the October energy price cap, boiling a kettle three times per day will cost £8 per month or £100 per year, according to the Citizen’s Advice Bureau.

Similarly, operating a desktop computer for eight hours every day will incur a monthly cost of £35,68.