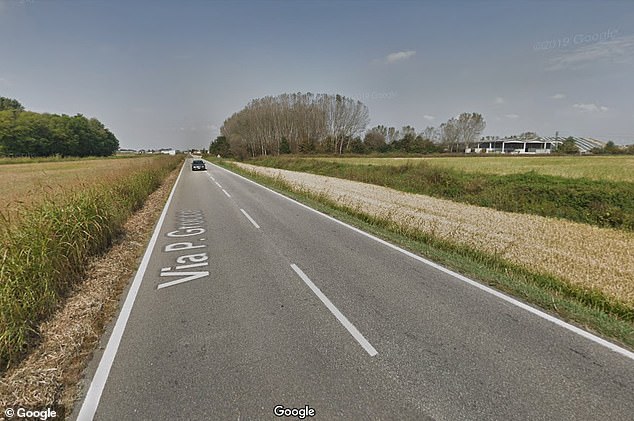 A rich British expat crashed his classic Aston Martin into a ditch in Italy, killing him and badly injuring his wife.

The 82-year-old Londoner, who resided in the Swiss canton of Vaud, was driving to Corsica with a group of British and Swiss pals for an exclusive automobile rally.

Between Albonese and Montara in Lombardy, close to Milan, the foreigner lost control of the right-hand-drive vehicle and slammed it into a ditch.

His 80-year-old wife collapsed and was airlifted to San Matteo hospital in a critical condition.

The mishap happened on a straight section of road close to a waste site’s entrance.

When police and firemen arrived on the scene, they attempted to revive the driver but were unable and declared him dead.

According to the regional news website La Provincia Pavese, the gang was traveling on local roads to the port of Genoa to board a ship to Corsica.

Classic vehicle enthusiasts travel the island’s picturesque, winding roads during the Via Flaminia rally while chowing down on regional cuisine and sipping wine.

It was started in 2005, calls itself the “rally with a grin,” and only 30 automobiles are permitted to participate.

The Via Flaminia is a laid-back rally where the competition serves the environment and winning is not a goal in and of itself, according to the organizers’ website.

The rally is unhurried and has no time restriction, and drivers who take the longest to take in the breathtaking surroundings sometimes compete for last place.