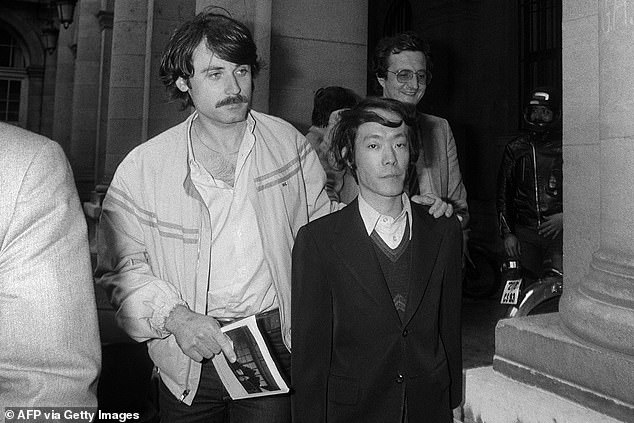 Issei Sagawa, a Japanese assassin dubbed the “Kobe Cannibal,” who murdered and devoured a Dutch student but never went to prison, have away at the age of 73.

Sagawa passed away on November 24 from pneumonia, and his burial was solely attended by family members; there was no public ceremony scheduled, according to a statement from his younger brother and a friend.

Sagawa hosted Renee Hartevelt in his house in 1981 when he was a student in Paris.

He raped her, shot her in the neck, and over many days, ate various pieces of her body.

Sagawa then made an effort to scatter her remains in the Bois de Boulogne park before being caught a few days later and confessed to the police.

However, French medical professionals declared him unfit for trial in 1983, and he was first detained in a mental hospital before being expelled to Japan in 1984.

At the time, Hartevelt’s family promised to work to have Sagawa tried in Japan so that “the killer would never walk free.”

However, Japanese officials declared Sagawa to be sane upon his arrival, concluding that his main issue was a “character oddity” and that he did not need to be hospitalized.

The French authorities, who believed the investigation was over, refused to provide the Japanese authorities access to his case files, allowing the killer to escape justice.

Sagawa did not hide his crime and profited from his reputation, writing a memoir akin to a book called “In the Fog” in which he described the murder in great detail.

The murder was also the focus of Juro Kara’s ‘Letter from Sagawa-kun,’ a 1982 winner of Japan’s most prestigious literary award.

In the years following his return, Sagawa developed a kind of popularity and often gave interviews to local and foreign media, despite the horrifying specifics of the murder and his lack of remorse.

He was highlighted in a magazine for his paintings of nude women, had an appearance in a pornographic film, and created a manga comic book that graphically and unremittingly detailed his crime.

Even The Rolling Stones and The Stranglers made references to the murder in their music due to the vile infatuation with it.

Sagawa, who apparently spent his last years in a wheelchair due to a number of health issues, including a stroke, spent them with his brother.

While gazing at images of Japanese ladies, he said to Vice in a 2013 interview: “I believe they would taste wonderful,” showing no sense of regret or change.

In interviews in the 2017 documentary “Caniba,” he also discussed the incident’s specifics and his ongoing preoccupation with cannibalism.

The movie’s makers, who spent months with Sagawa and his brother, said that the encounter left them feeling “conflicted.”

Verena Paravel, the co-director, remarked, “We were horrified, interested, and we wanted to understand.”