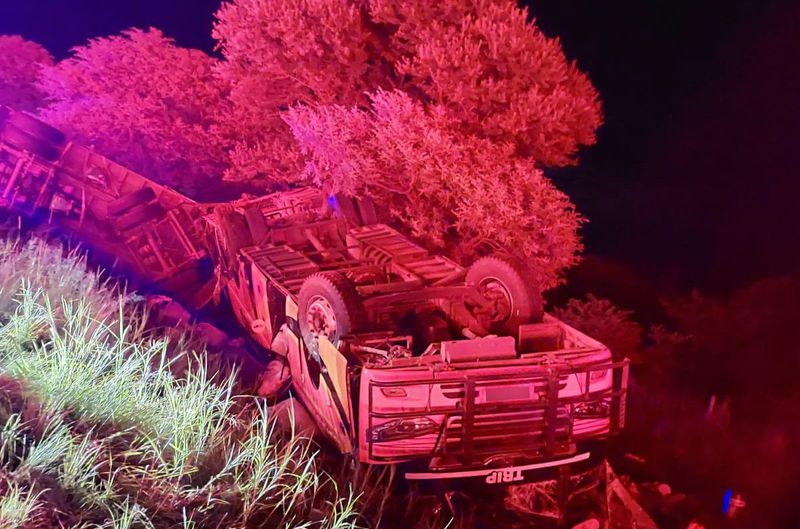 On Monday night, 12 December, over 70 passengers were injured when a bus overturned on the N1 Highway about 40 kilometres outside Polokwane, Limpopo.

According to ER24, first responders arrived at the site at roughly 22:13 on Monday and discovered the bus on its top at the foot of a small hill.

ER24 reported that several people had exited the bus and were now sat beside the roadway.

The paramedics determined that around 70 of the patients received mild to serious injuries. There were several youngsters among the wounded. Fortunately, there were no deaths recorded.

The victims were taken to hospitals nearby for further care and treatment.

In a separate event, 12 persons were murdered early Monday morning in Bloemfontein when a cab and truck collided head-on. The incident took place on the N1 Highway close to the Verkeerdevlei Plaza just outside Bloemfontein.

“ER24 paramedics, Provincial EMS, and Life Healthcare arrived on the scene at 03h15 to find the truck on the road while the taxi was found on its roof in the field. Several passengers were found scattered around the vehicle,” according to a Medi Clinic subsidiary.