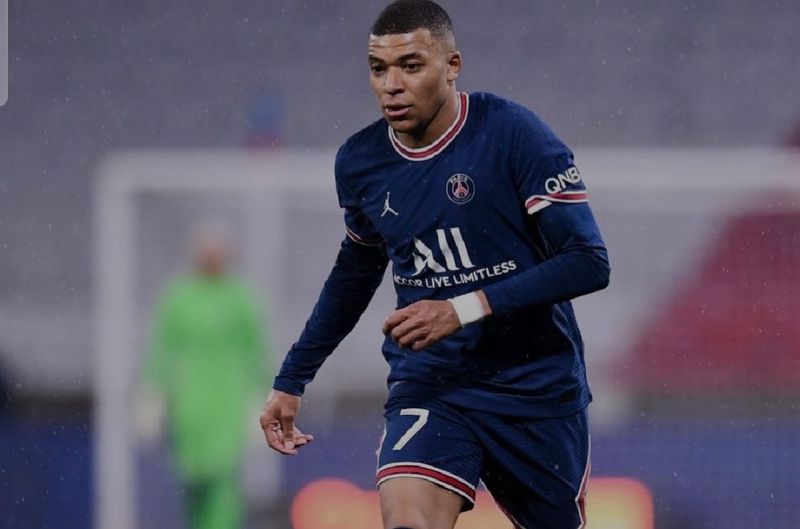 Kylian Mbappe of Paris Saint-Germain is projected to be one of the greatest footballers in history when he retires in over a decade.

The footballer is the second highest-paid soccer player in the world, earning an estimated $110 million annually (R1.9 billion). According to Forbes, he earns $18 million (R312 million) off the field.

Mbappe, who has already shattered multiple records at a young age, earned the Golden Boot award at the 2022 FIFA World Cup in Qatar with eight goals on Sunday, 18 December. This is because he scored a hat-trick in the final versus Argentina, which the South American team won 4-2 on penalties.

MBAPPE is descended from an athletic family.

The soccer player’s family is genetically gifted. Fayza Lamar, Mbapoe’s mother, was a Division 1 handball player throughout the 1990s. His father, Wilfried Bondy, was also a footballer with AS Bondy. Jirès Kembo-Ekoko, Mbappé’s adopted brother, is also a professional footballer, and Ethan plays in the under-12 division for Paris Saint-Germain.

Mbappé is a sneaker enthusiast. It has been stated that when a football player receives a new pair of sneakers, he becomes a “child with a new toy.” The 24-year-old soccer star currently has a sponsorship arrangement with Nike and has a section on their website titled “Boutique De Mbappé” that displays his selection of shoes.

HE COULD HAVE PLAYED FOR OTHER NATIONS.

Although Mbappe elected to play for France, he had the option of playing for Algeria or Cameroon, two other African nations. Due to the fact that his mother is from Algeria and his father is from Cameroon, he has a variety of citizenship options for representing a country on the world scene.

In 2018, in Russia, and at the age of 19, Mbappé was the first teenager in decades to score in the World Cup final. In 1958, Brazilian superstar Pelé was the last and only other adolescent to score in a World Cup final, which his country went on to win 5-2 against Sweden.

Mbappé became the godfather of two PANDAS in 2021 during a special naming ceremony at Beauval Zoo in France. At the event, the newborn pandas were renamed “Huanlili” and “Yuandudu” from their original names, “Cotton Flower” and “Little Snow.”

As the panda’s godfather, Mbappé is primarily responsible for generating attention and awareness.

For several months last year, it was unclear who Mbappe was dating between the two models he was linked to, Ines Rau and Rose Bertram, as the French publication Corriere Dello Sports reported in 2022 that he had been spotted with Rau a few times, and the Spanish publication Marca confirmed that he is dating Bertram.

Rau was born to Algerian parents in France. The 32-year-old transgender model underwent gender reassignment surgery when she was 16 years old.

Bertram, who was born in Belgium, is the daughter of a Belgian father and a mother from Cape Verde. She is 28 years old and has two children. Bertram attended the World Cup for both business and pleasure, walking the runway and cheering for her partner.

MBAPPE HAS A GENEROUS HEART.

After France won the 2018 World Cup in Russia, Mbappé reportedly stated that he should not be paid to represent his country, thus he donated the about €400,000 (R7.5 million) he earned during the tournament to a children’s organization named Premiers de Cordée, according to Discover Walks. He got an estimated €20 000 (R370 000) every game and a €300 000 (R5.6 million) bonus for winning that year’s tournament.